Is there any Evidence of Chinese Collusion in Stealing the Election for Joe Biden?

"There must be a Federal grand jury convened to hear all of the evidence of election [Chinese] fraud in Atlanta, GA. The November 3rd, 2020 election is a travesty of justice foisted on the American people. It cannot be allowed to stand. Further investigation is required." - CD Media

There was no evidence of Donald Trump colluding with Russia to steal the 2016 election, but is there any possible evidence of China colluding in stealing the election for Joe Biden?

"Former Acting CIA Director Michael Morell stated in March 2017 that he had seen no evidence of collusion between Trump and the Kremlin. 'On the question of the Trump campaign conspiring with the Russians here, there is smoke, but there is no fire, at all,'" Morell said [https://en.wikipedia.org/wiki/Links_between_Trump_associates_and_Russian_officials]

Is there any possible evidence of China colluding in stealing the election for Joe Biden? 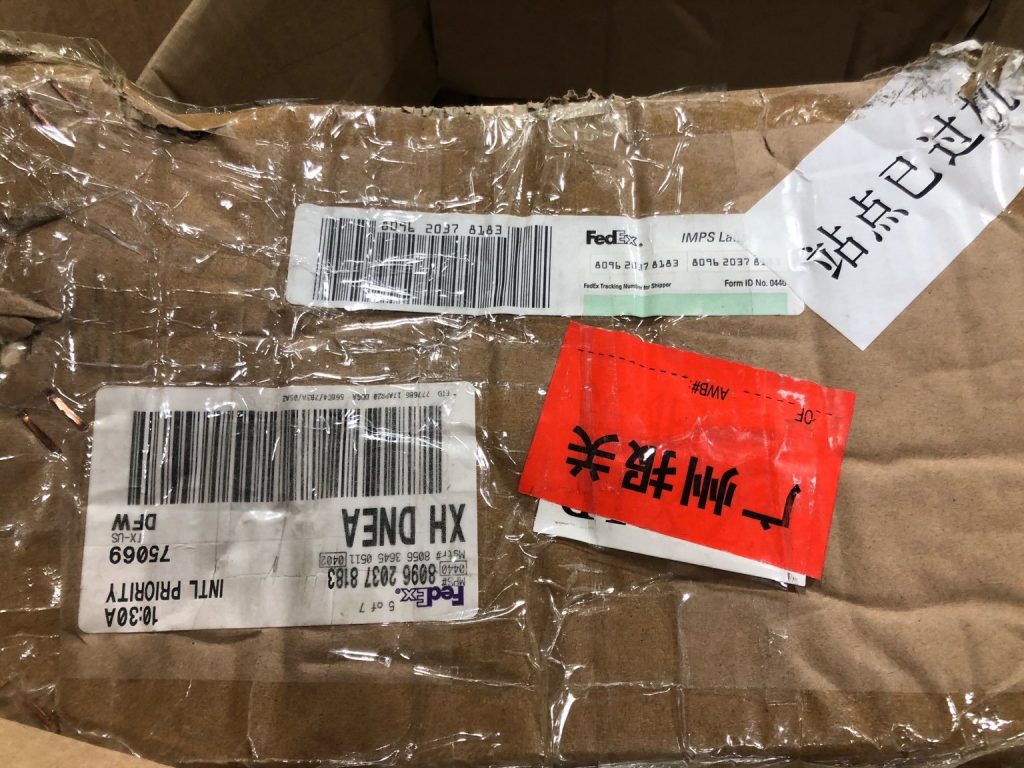 UPDATE 3/10 0800 EST – After checking the tracking number on the package above, we see the shipment (apparently 7 packages) was received in April of 2020 in Texas, shipped from China. The question is – what was in the packages, and how did they end up in Fulton County, GA?..

You will see evidence which appears to show packages being shipped from China to the election facility. You will see email evidence of mass chaos and incompetence during the Fulton County general election.

You will see possible inner and outer absentee ballot envelopes, which we believe are supposed to be retained and secured, especially during allegations of massive election fraud, appear to be thrown in the trash...

... There must be a Federal grand jury convened to hear all of the evidence of election fraud in Atlanta, GA. The November 3rd, 2020 election is a travesty of justice foisted on the American people. It cannot be allowed to stand. Further investigation is required.[https://creativedestructionmedia.com/investigations/2021/03/09/images-surface-of-possible-evidence-destruction-and-chinese-involvement-in-november-2020-election-fulton-county-ga/]