Was there Deep State Media infighting on the "Biden... Political Screed" & FBI? or Might the Biggest Networks have seen it would Backfire on Biden & themselves? 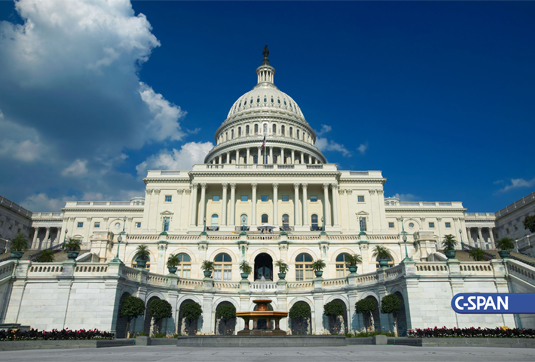 - "Disinformation was the basis of all [Deep State and intelligence assets] espionage activity" - Swedish author Stieg Larsson
- "This clip, title, and description were not created by C-SPAN."

"Operation Mockingbird exposed on C-Span"
"A caller to Washington Journal, May 27, 2018, raised the repeal of the Smith Mundt Act, legalizing domestic propaganda and the complicity of the media with the Deep State. The Daily Beast's Eleanor Clift dismissed this fact as a conspiracy theory, but the Washington Times' Cheryl Chumley reminded her of Operation Mockingbird in which intelligence assets were placed in the media. Eleanor looked very uncomfortable."
[https://www.c-span.org/video/?c4731767/operation-mockingbird-exposed-span]


- "Why was the mainstream media, such as The New York Times, the Washington Post and others, an accomplice with the FBI in undermining a sitting President?" - Catholic Monitor
(The Washington Times, "FBI's 'media strategy' against Trump needed a complicit media," September 13, 2018)
[https://m.washingtontimes.com/news/2018/sep/13/peter-strzok-lisa-page-needed-media-complicity-lea/]

The only problem is that all the main broadcast networks, ABC, NBC, CBS, and Fox, which usually get advanced copies of presidential remarks, all decided to pass on the spectacle and instead aired regular programming.

Among cable news, only CNN and MSNBC carried the thirty-minute MAGA-bashing fest. [https://www.uspresidentialelectionnews.com/2022/09/broadcast-networks-refused-to-air-bidens-hate-filled-speech-played-re-runs-instead/]

Maybe the biggest networks saw it would backfire on the Joe Biden inner circle handlers and themselves?

But, is it possible there is infighting among the Deep State media?

As we wrote a few days ago, Mark Wauck, a retired FBI special agent said he found "the timing interesting, the timing of Zuck throwing the FBI under the bus... Facebook was created by the big banks that took it public... Goldman Sachs." [https://meaninginhistory.substack.com/p/europe-and-the-usa-what-lies-ahead]

Goldman Sachs appears to have ties with European globalist while CNN which carried Biden's "screed" is owned by AT&T and it may have ties with China and the FBI:

AT&T accused of lobbying against sanctions on Chinese state-owned ..

Pray an Our Father now for the restoration of the Church as well as for the Triumph of the Kingdom of the Sacred Heart of Jesus and the Immaculate Heart of Mary.