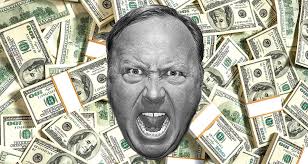 Mark Wauck, a retired FBI special agent and RealClear Politics as well as American Thinker contributor, has written an important piece "SWC: The Game All Along"

The former FBI agent thinks the FBI Raid on Donald Trump may be about Deep State "Bluto Barr... pronounc[ing]... Ron DeSantis... the next president... [because] Trump must go....Trump can’t be allowed back! - The Catholic Monitor [https://www.thecatholicmonitor.com/2022/08/former-fbi-agent-on-why-deep-state.html]

As more Catholics are starting to realize that the coronavirus hysteria is as Catholic lawyer and journalist Chris Ferrera said a "monumental fraud," it appears that One Peter Five publisher Steve Skojec wished to continue the fraud by hitching his wagon and crumbing credibility to pro-abortion eugenicist Michael Savage.
(Michael Savage.com, "Savage: No Easy Choice in Abortion Debate" & Mere Orthodoxy, "A lesson in Discernment: Michael Savage and Mandated Birth Control," October 9, 2010)

On April 17, in his "Coronavirus Update" One Peter Five podcast he linked to the leftist New York Times (at the Chicago Tribune website) and an article by the pro-abortion newspaper that lionized the so-called conservative radio host.

In the Skojec link, the leftist newspaper admiringly wrote that the fake conservative Savage whom it claimed was a "conservative media star" despicably called the real conservative pro-life Rush Limbaugh as well as others pro-life conservatives "intellectual dwarfs" and even "mock[ed]" him as "Rush Limbaugh,M.D., Ph.D."
(ChicagoTribune.com, The New York Times, "Why Michael Savage is blasting Sean Hannity and the ring-wing media on the coronavirus," by Jeremy Peters, April 16, 2020)

The article reported that his wife Janet Weiner (Savage's real last name is Weiner) in an interview shamefully also attacked Limbaugh and other conservatives saying they have the "culty hero worship of the uneducated" and "I don't want to identify with the conservative movement anymore."

It appears that the pro-abortion eugenicist  Savage and his wife like Hillary Clinton are calling the millions of listeners of Rush and other pro-life conservatives the "deplorables."

The New York Times piece portrayed the pro-abortion Savage as being another Albert Einstein because he has a Ph.D. in "nutritional ethnomedicine" from leftist Berkeley University.

The new Einstein Savage was apparently the first "media star" to start the harebrained conspiracy theory that "65 million" were going to die due to the coronavirus.

On January 24, he started the panic hysteria by claiming that "65 million [will be] wiped out" by the new virus in a Savage Nation podcast.
(The Savage Nation Podcast, "Deadly coronavirus outbreak quickly spreading," January 24, 2020, 10:45)

It appears the three Einsteins: Savage, Adams and Jones were all reading from the same conspiracy theory script.

On February 9, Skojec was one of the first Catholic "media stars" to promote the panic hysteria by posting a link in Twitter to a coronavirus scare video of Alex Jones' InfoWars protege Paul Joseph Watson.

Is it possible that the panic promotion could have been a coordinated and synchronized media effort begun by the apparent controlled opposition "conservatives": Savage, Adams, Jones and Skojec?

Is it a coincidence that Savage and Adams on Jones' show stated on the exact same day that "65 million" could die from the coronavirus?

Is it also a coincidence that Skojec only two weeks after Savage, Adams and Jones began the promotion of the virus hysteria started promoting Jones' InfoWars protege's virus scare video?

Moreover, is it a coincidence that just two days ago that Skojec is still promoting the pro-abortion eugenicist Savage who together with Adams and Jones let loose the first virus panic trial balloons which soon became the hysteria that led to the unconstitutional totalitarian lockdowns and banning of the Mass?

In the last few days, the four appear to be backtracking a little while still not disclaiming their harebrained conspiracy theory that "65 million" people will die from the supposed new Black Plague Coronavirus.

Skojec has never personally promoted that "65 million" will die from the virus, but he obviously is in league with the three in propagandizing that the coronavirus is supposedly a new Black Plague.

All the above could be coincidental or is it conceivable that Savage who suddenly is being lionized by the leftist New York Times, a few days ago, as a Einstein with the other three are part of a possible controlled opposition.

"The best way to control the opposition is to lead it ourselves."
(Urban Dictionary, "Controlled Opposition")

Alexis Bugnolo said…
Just watch the documentary, Our of Shadows, and you will begin to understand that the reason why so many public media figures tow the same line is that they are funded by the CIA.

S.S. seems to have gone bankrupt in AZ, came to VA and magico presto became a Catholic personality taking in 250k a year, insisting only on one thing, The Bergoglio is the pope, precisely at the time S.S. expressed concern that Catholics were being scandalized by the Argentine.

A detailed study of the history of the Vatican in the last 50 years shows that the CIA has washed a lot of money through the Vatican and that Benedict's removal furthered the interests of Barrack Obama, head of the CIA, in 2013.

Open you eyes, see the dots, connect the dots.