Why do some Traditionalists pretend John Paul II and Benedict are Total Relativists like Francis? 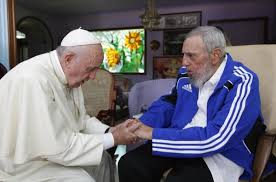 Fr. George Rutler in his 2017 Crisis article said Fr. Antonio Spadaro, and by implication Francis since both he and Spadaro are liberal Jesuits, "grew up in a theological atmosphere of... Transcendental Thomism [which] was Karl Rahner's attempt to wed Thomistic realism with Kantian idealism. Father Stanley Kaki, theologian and physicist, called this stillborn hybrid 'Aquikantianism.'"
(Crisis, "The Mathematical Innovations of Father Spadaro," February 22, 2017)

Both the liberal Jesuits: Spadaro and Francis it appears are total relativists, as are most Jesuits and all liberal theologians.

"The German Jesuit Karl Rahner (1904-1984) remains one of most influential theologians of the twentieth century."
(Foundation of Theological Study: A Sourcebook, https://booksgoogle.com>books)

Rahner was a disciple of Kant as Rutler said. Jaki, also, makes this clear in his books on Aquikantists.

Kant taught that one could only know the phenomena of the mind or ideas and not know reality. Jaki wrote:

"Kant, who begins with ideas and, as all the history of modern philosophy shows, never gets to reality."
(Chesterton: A Seer of Science, page 19)

Kant and those who follow him thought God was only a thought. Jaki quotes Kant and explains the citation:

"'God is not a being outside me but merely a thought within me.'"

"That man was his own God, if he needed one, was evidently Kant's conclusion."
(Angels, Apes and Men, page 10)

"In 1966 the late Fr. Karl Rahner stated that 'one can no longer maintain today that bread is a substance, as St. Thomas and the Fathers of the Council (of Trent) obviously thought it was'.[12] [Theological Investigations, page 307] For Rahner the 'substance' of a thing did not include its < material and physical> reality, but the 'meaning and purpose' of the thing. [13] [Karl Rahner, S.J.., p.307; Engelbert Gutwenger, "Transubstantiation," page 1754, pp. 34-35] So, according to Karl Rahner, transubstantiation meant that, after the consecration of the Mass, the physical bread remained physical bread but it now had a new 'meaning' of spiritual food because it was now a "symbol" of Jesus Christ.[14] [Engelbert Gutwenger, pp. 1754-1755]"

"Fr. Edward Schillebeeckx agreed with Fr. Karl Rahner that the physical bread and wine were only a 'sign' of Christ.[15] In fact, for Schillebeeckx, the 'real presence' of Christ in the Eucharist was not the consecrated bread and wine, but the < 'assembled community'>.[16]"
(Modern Misconceptions About The Eucharist, PDF, St. Patrick's Basilica > 2016/10, https://Basilica.ca, Provided courtesy of: Eternal Word Television Network)

Jaki thought the "archetype" figure of this type of philosophy which Rahner professed was "Lucifer":

"Kant who once wrote of himself: 'I am an Archangel!' and went on to state repeatedly: 'I am God.' The archetype for this self-enrichment was none other than Lucifer. If one looks for the source of the pride, the self-sufficiency... one merely has to look in the direction of the camp that still breeds Aquikantists... Aquikantists were overjoyed when the invocation of Saint Michael was dropped as a first step towards the new liturgy."
(Newman's Challenge, pages 76-77)

Remember Aquikantists, specifically Rahner, have totally influenced all liberal theologians and many, maybe most, conservative ones.

John Paul because of philosophical inadequacies had a relativist inter-religious dialogue blindspot such as in the Assisi scandalous episode unlike Pope Benedict XVI. Scholar Fr. John Coleman S. J. wrote:

"John Hick's pluralist model is based on a Kantian epistemology that undermines, at the outset, any notion of a normative revelation of God in history... In Danielou's theology, the grace of Christ may mysteriously touch individuals outside Christianity but the other religions, their scriptures and rituals, remain purely human customs... Rahner did not make such a strict distinction... John Paul was closer to Rahner... Whereas Ratzinger had warned of the dangers of relativism in inter-religious dialogue." (Inter-Religious Dialogue: Urgent Challenge and Theological Land-Mine, PFD Australian Catholic University>au)

Rahner's influence has effected Francis as well as his inner circle, Catholic colleges, schools and children as well as youth catechism teaching books and their teachers who prepare them for the Sacraments.

Since all liberal Catholics and many conservative ones, knowingly or unknowingly, have been deeply influenced by Rahner's Kantian "theology," is it possible that the crisis in the Church, in large extent, is due to their unconscious and in some cases conscious disbelief in objective reality as well as objective "normative" revelation which leads to disbelief in the Eucharist and God.

Does this explain Francis's panicked reaction against when Cardinal Robert Sarah gave a mild call for reverence at the Mass and the Holy Eucharist and his desire to explain away and in many cases openly reject God's Ten Commandments?

It appears that Francis isn't just a moral relativist, but apparently may not believe in the Eucharist.

Why do some traditionalists, recently, want to pretend that the Amoris laetitia total relativist Francis is exactly the same as Benedict and John Paul who both believed in the Eucharist and objective morality despite both having major philosophical inadequacies?

Is Francis a total relativist?

In my opinion, the evidence points to Francis being an apparent total relativist. Please read the following posts: