"One of my Favorite Bloggers thought... I was wrong to quote a Catholic Monitor reader saying Shia's Bishop Robert Barron interview may have been a 'PR stunt'" 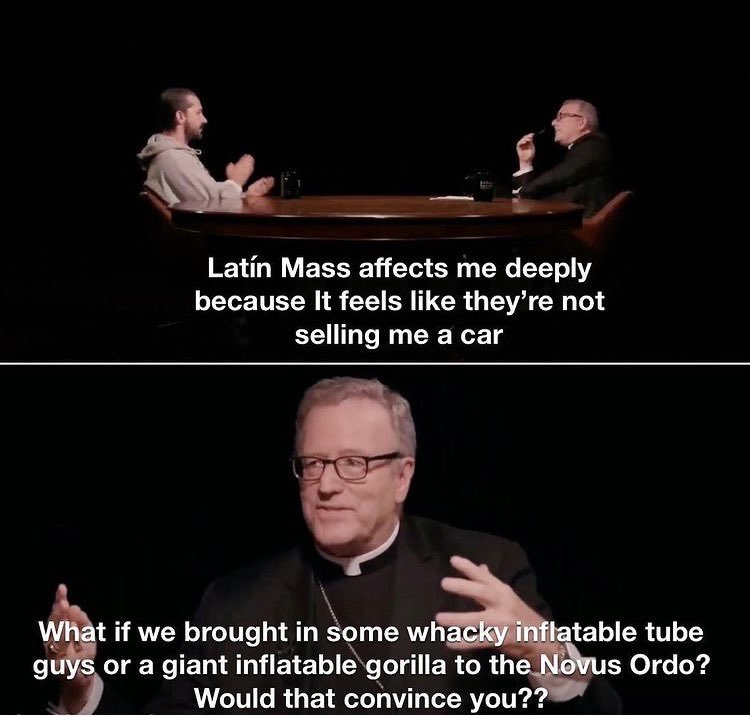 Loved the Bishop Barron interview with the Trad Actor Shia Labeouf, but his new movie reportedly has "Padre Pio" using the F-Word which is just Wrong

I just got called out in an email by one of my favorite bloggers on a recent Shia Labeouf post. He thought I was wrong to quote a Catholic Monitor reader saying Shia's Bishop Robert Barron interview may have been a "PR stunt."

Thanks [......]. You are one of my favorite bloggers. I agree with everything you say for the most part. The quote you mentioned was written by a Catholic Monitor reader and not by me. I posted it because although my impression was that Shia is a sincere and deeply thoughtful man who had a real conversion that his movie if it had Padre Pio using the f-word in the lips of Pio needed to be called out. I think Shia's conversion is a positive thing obviously for himself and likely for many, but he is still a baby in the faith and appears to need some spiritual direction especially if his movie has Padre Pio using profanity.

Hope you get this email because it appears the last one I send might not have been received by you.
In JMJ,
Fred
PS It looks like my blog numbers dropped almost completely after I did a recent FBI post which seemed to be similar to what you told me happened on your blog at some point in your last email. Interesting.
PSS I think I may use what I just said to you as a post.
Please pray an Our Father for Shia.
Pray an Our Father now for the restoration of the Church as well as for the Triumph of the Kingdom of the Sacred Heart of Jesus and the Immaculate Heart of Mary.