The Lawless Pro-Abort "Left Beginning to Push Cannibalism": "Does Amoris Laetitia Retreat from Absolute Moral Norms?" & "When you ask them, 'Do you really think that Cannibalism, or Rape, or Genocide are Morally Wrong?'" 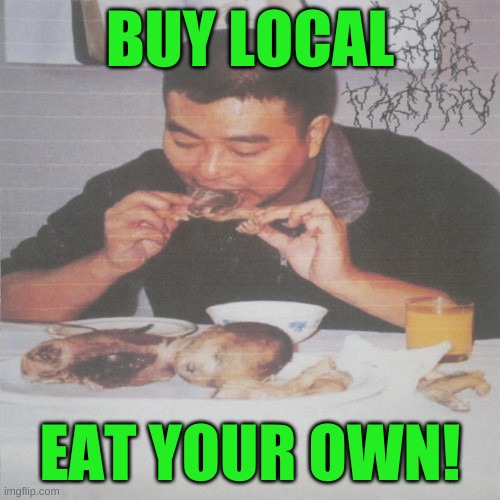 In the beginning of the controversy, it was almost always the factual premise that was denied. But the scientific evidence is so clear and so comprehensive and accumulating that that way is not as popular as it used to be

So, believe it or not, I've found that very many pro-choice philosophers now will deny the first premise. "There are no universal moral rules. There is nothing that is intrinsically wrong. Except, of course, the things our ideology happens to dislike." When you ask them, "Do you really think that cannibalism, or rape, or genocide are morally wrong?" most of them will back down. Some of them will say, "No, you can't make that judgment. I'm personally opposed to holocausts, but I wouldn't impose my will upon a Hitler." Most of us aren't that, well, shameless.  [http://www.peterkreeft.com/audio/19_prolife-philosophy/prolife-philosophy_transcription.htm#1]

Here's an interesting post from The American Catholic titled "The Left Beginning to Push Cannibalism" which shows the effect of "There are no universal moral rules" or no "Absolute Moral Norms" as apparently promoted by Amoris Laetitia:

...The Left and mass murder go together like gas station tacos and indigestion. [https://the-american-catholic.com/2022/07/29/the-left-beginning-to-push-cannibalism/]