R.F. Judas Democrats' HR1 Bill is Treason against the US Constitution & 80% of the American People 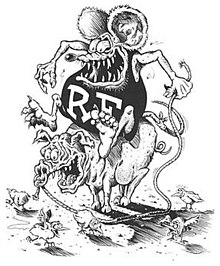 "This is the reality: Biden has set us on a collision course with tyranny at home." - Scholar Roger Kimball, who is the editor and publisher of The New Criterion and publisher of Encounter Books

Judas Iscariot was once considered Jesus Christ's trusted disciple. He is now the poster boy for treachery. He is history's most famous traitor. His name is the symbol for back-stabbing snakes and rat finks (R.F.s).

In the forties and sixties, FDR and JFK Democrats were considered trusted American patriots who would never commit treason against the United States Constitution. The Nancy Pelosi/Joe Biden Democrats are now the poster boys and girls for treachery. They will go down in history as America's most famous traitors. Their name will be the symbol for back-stabbing snakes and rat finks (R.F.s).

"They were like death and un-American.  Un-American. Somebody said, ‘treasonous.’ I mean, yeah, I guess, why not? Can we call that treason? Why not? I mean, they certainly didn’t seem to love our country very much." [ttps://www.politifact.com/factchecks/2018/feb/06/donald-trump/donald-trumps-pants-fire-claim-about-treason/]

The Democrats' bill, H.R.1, is treason against the U.S. Constitution because it is beyond doubt that the Constitution precisely demands that presidential elections "oversight" is placed in "the states" and not in "the clutches of the federal government and its sprawling bureaucracy."

In other words, H.R. 1 would centralize presidential elections, taking responsibility for oversight away from the states, where the Constitution placed it, and arrogating it to the clutches of the federal government and its sprawling bureaucracy.

If, as seems almost certain, H.R. 1 becomes the law of the land, it would be the final nail in the coffin of electoral integrity...

... This is the reality: Biden has set us on a collision course with tyranny at home. [https://www.theepochtimes.com/for-us-gradual-ruin-is-about-to-become-sudden_3733858.html]

Earlier this month, The Epoch Times reported that "Nancy Pelosi’s top priority is to turn America into a one-party nation ruled by Democrats. Her bill, H.R. 1, to be voted on this week, trashes the U.S. Constitution":

From California to New York, Dems are already pushing to allow noncitizens to vote in local elections. They see this as their roadmap to a future permanent majority.

H.R. 1’s bag of tricks also includes banning state voter ID requirements. Anyone can show up on Election Day to vote, registered or not, and simply sign a statement that they’re a legal voter. H.R. 1 is being sold as a reform to make voting easier. In truth, it makes cheating easier.

H.R. 1 compels states to send out absentee or mail-in ballots universally, favoring Democrats who tend to use this method. It also forces states to count ballots that arrive by mail as late as 10 days after the election. Say goodbye to election night finality.

H.R. 1 also legalizes ballot harvesting, a practice many states are struggling to stop. A political organization pays a worker to walk through housing projects and neighborhoods, knock on doors, offer to help residents fill out the ballots they’ve received in the mail, and then submit the piles of completed ballots. It’s a recipe for fraud.

The authors of the Constitution worried that Congress would try to seize control of presidential selection using dirty tricks like those in H.R. 1. That’s why they acted “to take the business as far as possible out of their hands,” according to Charles Pinckney, a [Constitution] framer from South Carolina.

Congress, said Pinckney, “had no right to meddle” in it. The framers provided in Article II, Sec. 1 that only state legislatures would have the power to determine how the president is chosen. No national rules.

But Pelosi has no qualms about trashing the Constitution to kneecap her opponents.

H.R. 1 also asserts Congress has the authority to make the District of Columbia into the 51st state. That would hand Democrats two more Senate seats, breaking the current 50-50 tie. Voter registration in D.C. is 76 percent Democratic and only 6 percent Republican.

Pelosi ignores that only a constitutional amendment can change the status or parameters of the District. [https://www.theepochtimes.com/nancys-election-rigging-bill_3719359.html]

Former House speaker Newt Gingrich declared the situation in the United States is one where 80% of the American people oppose the R.F. Judas Democrats' HR1 Bill treason and their tyrannical agenda. In an article titled "The American People Versus the Democratic Machine," he wrote:

On voting integrity, 85 percent of Americans say mail in ballots must require signature verification to be counted. Eighty-four percent say only American citizens should be able to vote in elections, and 81 percent say photo identification should be required for all voting—in-person and absentee.

On the economy, 87 percent support a “Made in America” tax credit for companies who manufacture in the United States. And 82 percent say we must demand fairness in trade with communist China.

In other areas, 87 percent support mandatory deportation for noncitizens who are in criminal gangs. Eighty-six percent of Americans support term limits for members of both chambers of the Congress. And a full 85 percent support protecting religious freedom from government interference.

Finally, 80 percent of Americans say we should fully fund (not defund) our police and law enforcement.

If you go down this list of 80 percent-plus support issues and consider where the Democratic machine is on most of these, it becomes apparent that the 2022 midterm elections will become much larger than simply Republicans versus Democrats.

It seems to me that 2022—and potentially 2024—will be defined as the American people versus the Democratic machine. [https://www.theepochtimes.com/the-american-people-vs-the-democratic-machine_3742534.html]