Raped USA: Violation of Chain of Custody Laws Across the US in 2020 Election unless Stopped Means we are in a Lawless Country despite Media Lies 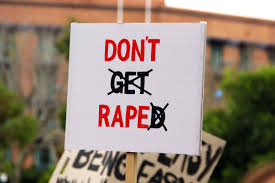 Was the United States super violated and raped by the media, Democrats and RINOs in the 2020 election?

Will the Supreme Court, now, allow the media, Democrats and RINOs to continue to rape and eventually murder our beloved country and its constitution?

If the United States Supreme Court doesn't rule that the violation of chain of custody laws across the USA in the 2020 election were and are unconstitutional then we are living in a lawless and super violated country.

Gateway Pundit reported that "Democrats Were ONLY Able to 'Win' in 2020 By Breaking Chain of Custody Laws in EVERY SWING STATE":

Then suddenly Pennsylvania, Michigan, and Wisconsin announced they would not be announcing their winner that night. This was an unprecedented and coordinated move in US history.

Then many crimes occurred to swing the election to Biden, but perhaps the greatest crime was the lack of dual controls and chain of custody records that ensure a fair and free election.  At a high level, when ballots are transferred or changes are made in voting machines, these moves and changes should be done with two individuals present (dual control), one from each party, and the movements of ballots should be recorded.

Chain of Custody laws were violated across the United States to favor lawless Democrats.

In Georgia the law requires that the chain of custody and the movement of all ballots be recorded.

But Democrat operatives, the Department of Justice and FBI disregarded these laws in Georiga.

Late at night on election night after the election officer in charge, Ralph Jones, sent all of the election observers and media home for the night, he instructed Democrat operatives to drag hidden ballot suitcases out from under the tables to be counted.

There was no chain of custody [and, also, in Wisconsin, Michigan, Pennsylvania, Nevada, Arizona, etc...]...

... Democrats were able to cheat behind closed doors, in the dead of the night and in dozens of counting centers in the 2020 election. Democrat operatives blocked access to GOP observers, and violated chain of custody laws across the country.

The media ignored these violations. They supported the lawlessness.

If Republicans ever want to win a national election they must enforce the chain of custody laws.

Until this happens Republicans do not stand a chance against their immoral and cheating opposition. ["MUST READ: Democrats Were ONLY Able to 'Win' in 2020 By Breaking Chain of Custody Laws in EVERY SWING STATE":https://www.thegatewaypundit.com/2021/02/must-read-democrats-able-win-2020-breaking-chain-custody-laws-every-swing-state/]