Are Bill Barr & Mike Pence Controlled Opposition and "Villains of the Republic"? 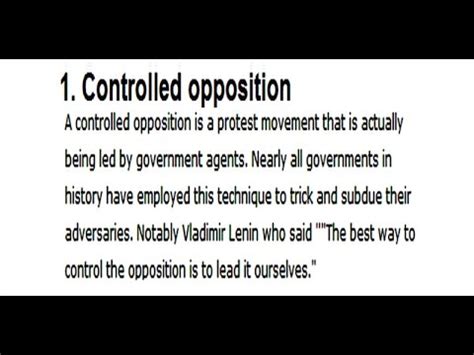 Here are some headlines indicating that Barr may be controlled opposition:

How Bill Barr's Silence Affected the Outcome of an Election

Mar 23, 2022Not only did Barr choose to remain silent about Hunter's laptop, but he had also, in fact, " instructed prosecutors and senior colleagues to prevent word of investigations into Hunter Biden

Barr: Biden 'lied to the American people' about his Hunter's emails

Mar 21, 2022Former US Attorney General Bill Barr accused President Biden of "lying to the American people" when he talked about The Post's stories on Hunter Biden's laptop. Pat Nabong/Chicago Sun-Times via AP,...

Epoch Times: Barr was Appointed "to Reassure...Rule of Law still ...

Dec 21, 2020The Epoch Times newspaper said William "Barr was appointed, among other things, to correct this, to reassure those tens of millions that the rule of law still governs in the USA... he failed" and "Whatever the case, that is exactly what Barr did, inadvertently or not and despite his denials—get involved in politics" in the Biden Steal

Apr 9, 2022a piece of information found on hunter biden's laptop, which carlson and mahncke call "the smoking gun," is an email from november 2015 sent by the head of the board of directors of burisma-a...
from...

No Legal Consequences for Hunter Biden Laptop ... - The Epoch Times

Apr 30, 2022Former Attorney General William Barr recently made it clear that those who dismissed the Hunter Biden laptop story as Russian disinformation and suppressed the news will not be held accountable...

The Foreign Policy Ramifications of Hunter's Emails - The Epoch Times

On April 12, 2019, Hunter Biden took his damaged laptop to a computer repair shop in Wilmington, Delaware. It was the beginning of a series of fateful events that would culminate in The New York...

Might Mike Pence also be controlled opposition and "Villains of the Republic"?

In January of 2021, Steven Mosher at LifeSiteNews said that the "list of  'Villains of the Republic' is growing longer." [https://www.lifesitenews.com/blogs/there-will-be-a-constitutional-rumble-on-wednesday]

Here is a partial list of “Villains of the Republic” and their possible nicknames:

"History is not going to judge Jan. 6 well for now the ex-vice president because that was the day where we had a historic moment to basically shift the entire direction of this country," Navarro told former White House chief strategist Steve Bannon on his War Room show this past Wednesday. "And a combination of events conspired against that. But part of that was the gentleman [Pence] sitting up, presiding over that chamber." ["History Will Judge Mike Pence Harshly For His Electoral Confirmation & Capitol Riot Stance": https://www.blabber.buzz/blab/pop/1023749-history-will-judge-mike-pence-harshly-for-his-electoral-confirmation-capitol-riot-stance?utm_source=c-alrt&utm_medium=c-alrt-email&utm_term=c-alrt-AOL&utm_content=2NeENSGWzsALHgx_psBviHZc.A]

Was Pence a Deep State Judas even before January 6?

Did Pence, also, betray President Donald Trump and the country like Judas betrayed Jesus in the COVID hysteria lockdowns?

Judas handed Jesus over to His enemies to kill him.

Did Pence hand President Trump over to Dr. Anthony Fauci and his collaborators such as Dr. Anne Schuchat who were demonstrably wrong in their 2016 predictions on the so-called Zika virus crisis?

Remember that Trump entrusted Pence to put together the White House Coronavirus Task Force which for all intents and purposes is a mouthpiece for former Obama administration Zika hoax collaborator pro-abortion Fauci.

With Fauci's track record in making wrong exaggerated predictions on the so-called Zika crisis, why must we place blind faith in him now when as Rush Limbaugh says he IS "NOT providing the underlying data so others can assess its reliability.... Some of President Trump's top adviser have expressed doubts about the estimate [of Fauci's predicted death tolls]"?
(Rush Limbaugh Show, "Modelers Cast Doubt on Death Toll Projections they gave Trump!," April 3, 2020)

Remember that Pence apparently gave control of the Task Force to Bill Gates operative Fauci who "has a multi-million dollar relationship with" Gates according to the BBC's Yours News.
(Your News (which according to Wikipedia "is a BBC News television programme"), "Fauci and Birx both have a Big-Money Bill Gates Conflict of Interest," April 4, 2020)

World Net Daily (WND) contributor Lively said that Pence who says he is a Christian betrayed Christians when he was the Indiana governor:

"This brings me to Vice President Pence, and a worry I've had about him from the beginning. It was five years ago next month that Indiana Governor Mike Pence caved to the 'gays'... [to] preserve free speech rights for Christians... I've never really trusted him on LGBT issues since."
(Scott Lively Ministries, "President Trump's Most Dangerous Error," February 25, 2020)

"American Patriot @GenFlynn did not lie to Pence... Why would a highly decorated military Intel officer lie about something legal?"
(CNN, "Michael Flynn Jr. cryptically tweeted that 'you're going  down.' Um, what?," May  22, 2018)

On December 21, 2017, the CBS News article gave the Pence counter claim against Flynn and his son in the piece titled "Pence weighs in on Flynn firing, says White House is 'fully cooperating' with special counsel [Mueller]":

"'[CBS News' Margaret Brennan:] When he [Gen. Flynn] was fired, did you know he had lied to the FBI?' Brennan asked Pence."

"'What I can tell you is that I knew he lied to me -- and I know the president made the right decision with regards to him,' the vice president replied."

Were General Flynn and his son lying or was Pence lying?

Why did Mueller give Pence a pass in his witch hunt against the president?

Why did the Deep State apparently give Pence a pass in its witch hunt against the president?

Is Pence a Deep State Judas?