Is Skojec Collaborator 1P5's Eric Sammons refusing to look at the Evidence that his Beloved Francis may be an Antipope because of Opus Dei Money? 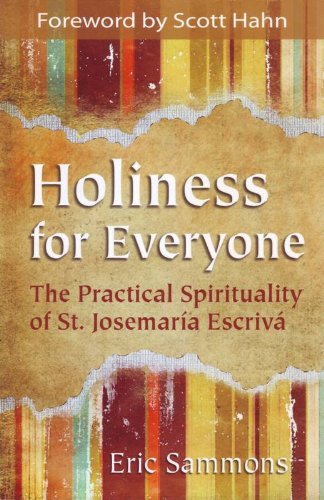 - "Eric Sammons shows that St. Josemaria has recovered the most powerful truth of classic Christianity and restated it in a way that is compelling for men and women of our time."

---From the Foreword by Scott Hahn [https://www.amazon.com/Holiness-Everyone-Practical-Spirituality-Josemaria/dp/1592769446]

- "We can come to love Francis the pope." - Eric Sammons [https://onepeterfive.com/can-we-love-pope-francis/]

In 2018, the Traditionalist Catholic Remnant editor Michel Matt showed his problems with "the 'conservative' 'watchdog of orthodoxy', Opus Dei" saying "Meanwhile, back at the Circle O (Opus Dei, that is), it's business as usual... As long as they have their pristine place in the Church with tons of money and are left alone, they will cheerlead whatever The Argentinian [Francis] says.":

Yes, that's right-- the "conservative" "watchdog of orthodoxy", Opus Dei, our sentry at the gate, is still keeping the sheeple in the dark about what's really going on here. As a friend recently noted, "They will not only go along with, but boldly champion whatever the man in white says, no matter what. They willfully ignore all problems--including heresy, approving adultery, banning death penalty, not answering credible sex abuse cover up allegations--the whole nine yards. As long as they have their pristine place in the Church with tons of money and are left alone, they will cheerlead whatever The Argentinian says." [https://remnantnewspaper.com/web/index.php/headline-news-around-the-world/item/4095-opus-dei-promoting-pope-farrell-s-synod-on-young-people]

Is Church Militant lying for (Opus Dei) money to "fabricate a pretext" against the SSPX or is incompetence their modus operandi? [https://lesfemmes-thetruth.blogspot.com/2021/10/is-church-militant-lying-or-are-they.html]

The question the Catholic Monitor wants to ask is:

Is it possible that Opus Dei promoter and One Peter Five publisher Eric Sammons is refusing to look at the evidence that his beloved Francis may be an antipope because of Opus Dei money? [It appears that Opus Dei Promoter 1P5 Publisher Sammons would not let Hammer of Antipopes St. Bernard write for One Peter Five]

We do know this much, Sammons "admires" Opus Dei and even has an Opus Dei Archives:

This week two institutions I admire—Opus Dei and the Franciscan University of Steubenville—were hit with separate scandals. This has led me to think about how we typically react to scandal and what our proper reaction should be. [https://ericsammons.com/tag/opus-dei/]

Sammons once said "We can come to love Francis the pope." [https://onepeterfive.com/can-we-love-pope-francis/]

His beloved Francis is famous for destroying the Traditionalist faithful order the Franciscan Friars of the Immaculate. However, Francis said he was "delighted" with the so-called conservative Legionaries of Christ founded by a gay pervert:

The Remnant wrote that Francis attacked the traditionalist Friars to get their money and for "ideological" anti-traditionalist Catholicism reasons.
(Remnant, "Follow the Money... or the Ideology: Franciscan Friars of the Immaculate Update, June 6, 2017)

Next questions, how many money-strapped Francis conservative and Francis traditionalist news outlets and organizations may possibly be getting money from the pro-Francis Legionaries or other wealthy pro-Francis so-called conservative orders such as Opus Dei?

Why are Francis conservative and Francis traditionalist new outlets and organizations not more transparent about who some of their large donors are?

It is possible and even probable that they're not receiving money from these pro-Francis orders. If this is so then it would be to their benefit to at least publicly state they aren't receiving funding from them.

Are there any Francis traditionalists who formerly had ties with the Legionaries that "give favorable reference[s] to Opus Dei"?

The Seven Deadly Sins and Their Remedies

Why Are We So Divided Today?

The Terror and Joy of Worship: A Photo Essay (Part II)

More to come I'm sure.

What's up with the all the Escrivá quotes?

Can you imagine if the quotes were from  Marcial Maciel?

I guess traditionalists now think Escrivá is worthy of quoting. Funny, back in the day most trads hated  Josemaría Escrivá & Opus Dei?
[https://www.priestshavebecomecesspoolsofimpurity.com/2016/09/ex-legion-of-christ-steve-skojec-of-one.html]

There is no solid evidence, that I know of, that the Sammons/Skojec's One Peter Five is or was taking money from the Legionaries of Christ. In fact, Skojec has condemned the Legionaries.

Also, there is no evidence, that I know of, that One Peter Five receives money from Opus Dei. It is just possible that the Sammons/Skojec spirituality is "favorable" to Opus Dei.

Sammons needs to be transparent on who are his big money donors if he wants to keep claiming he is an apparent Traditionalist.

"Meanwhile, back at the Circle O (Opus Dei, that is), it's business as usual... As long as they have their pristine place in the Church with tons of money and are left alone, they will cheerlead whatever The Argentinian [Francis] says."

Come to think of it, maybe Matt needs to be more transparent on who are his big money donors if he keep acting like Skojec as well as Sammons by refusing to look at the evidence that Francis may be an antipope.