Might Biden not Oppose Barrett because she agrees with Roberts' Unconstitutional Democrat "Pro-Lockdown Decision"? 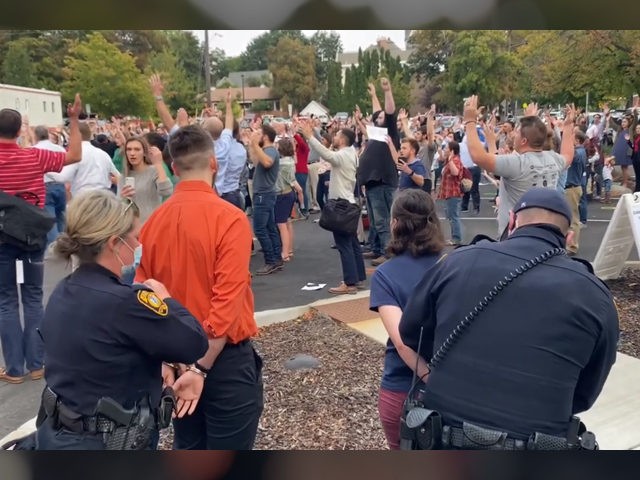 "Chief Justice John Roberts sided with the court's liberals in rejecting a San Diego church's request for relief from Gov. Gavin Newsom's most recent directive limiting churches to 25% of their normal maximum capacity, with an absolute maximum of 100 people at any service." [https://www.politico.com/news/2020/05/29/supreme-court-denies-illinois-churches-lockdown-relief-290185]

On September 29, Newsweek reported that "Joe Biden [was] not opposed to Amy Coney Barrett, say[ing] she 'seems like a very fine person.'" [https://www.newsweek.com/joe-biden-not-opposed-amy-coney-barrett-says-she-seems-like-very-fine-person-1535156]

Might Biden not oppose Barrett because she agrees with liberal Justice John Roberts on his unconstitutional Democrat "pro-lockdown decision"?

28mRead the excellent opinion by Justices Alito, Gorsuch, Kavanaugh & Thomas, that refutes and directly disagrees w/ the #Barrett pro-lockdown decision: "it is a mistake to take language in Jacobson as the last word on what the Constitution allows." https://supremecourt.gov/opinions/19pdf [https://twitter.com/Barnes_Law]

Is Barrett another Roberts who will allow arresting people for attending church?

On Twitter, WindTalker put it best on the irony of "the police are NOT going to protect our cities from rioting, looting and... arresting peaceful churchgoers: