Why aren't Biden, Cuomo, Fauci & Skojec calling for the Satanic "Sarcament" of Abortion Places of Worship to be Restricted? 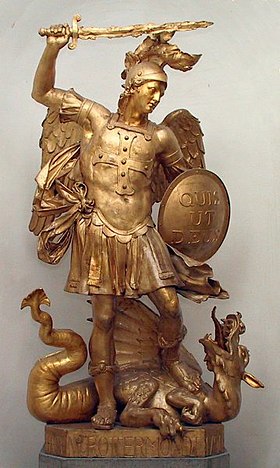 Governor Andrew Cuomo and his attorney general of New York Michel Martin apparently believe in religious freedom for Satanists to have access to their "sacrament" of abortion nationwide.

Why are Cuomo and his attorney general banning religious services for Christians in New York, but now demanding that the Satanic "sacrament" of abortion in their churches called "abortion clinics" not be restricted?

On October 6, 2015, the LifeSiteNews headline was "Satanists to Missouri governor: Abortion is a 'sacrament.'" LifeSiteNews reported:

"The 'Satanic Temple' is suing both Missouri and the United States, claiming that laws restricting abortion violate its members 'free exercise' of religion."

It appears that "abortion clinics" are Satanic places of worship.

Why didn't Vice President Mike Pence and his White House Coronavirus Task Force lead by pro-abortion Anthony Fauci call on abortuaries called "abortion clinics" which are Satanic places of worship to be restricted?

It's understandable why liberal Francis "Catholics" such as Joe Biden, Fauci and Cuomo who are pro-abortion might want the Satanic "sacrament" places of worship which are abortuaries to not be restricted.

But, certain so-called "conservative" Francis Catholics like One Peter Five publisher Steve Skojec and other "conservative" Catholics have promoted the restricting of public Masses as the worldwide Francis bishops have complied with their campaigns.

Why aren't the so-called "pro-life" Francis bishops, Skojec and the Francis "conservatives" demanding that the Satanic abortuaries which are their places of worship for their "sacrament" of abortion be restricted?

Are Biden, Fauci, Cuomo, Skojec and the Francis "conservatives" for "religious freedom" only for Satanists?

It appears that America has become like the totalitarian pig government in the "Animal Farm" novel by George Orwell where:

It appears for some so-called American "Catholic" leaders that Satanists are "more equal" than Christians.

Say a St. Michael the Archangel prayer to defeat the Satanic "sacrament" of abortion.

Also, pray an Our Father now for for God to give President Trump the grace to do His will in this present crisis.