Are Cardinal Eijk, Socci and Mazza saying that Francis may be Acting in the Spirit of the Antichrist? 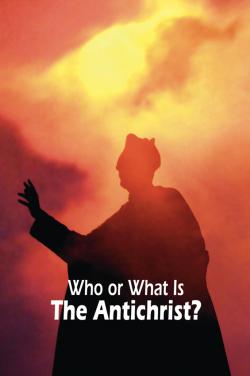 On May 7, 2018, Netherlands Cardinal Willem Jacobus Eijk apparently implied that Francis may be acting in the spirit of the Antichrist. Eijk said:

"Observing that the bishops and, above all, the Successor of Peter fail to maintain and transmit faithfully and in unity the deposit of faith... I cannot help but think of Article 675 of the Catechism of the Catholic Church:

Before Christ's second coming... will unveil the 'mystery of iniquity' in the form of religious deception... apostasy from the truth.'" (National Catholic Register, "Cardinal Eijk: Pope Francis Needed to Give Clarity on Intercommunion," May 7, 2017)

Moreover, Dr. Ed Mazza in his argument that Pope Benedict XVI relinquished the power of the Bishop of Rome while remaining the pope (the Successor of Peter) is mirroring and quoting Antonio Socci's "opposition to the advance of the Antichrist" thesis.

Mazz quotes a July 27, 2017 article of attorney Chris Ferrara in which the lawyer quotes Socci.

He appears to be saying Benedict XVI  by relinquishing the power of the Bishop of Rome while remaining the pope may have brought about the biblical prophecy involving the Greek word "Katechon" from St. Paul's 2 Thessalonians 2:7 that means the restrainer who holds back the spirit of the Antichrist has stopped restraining. Mazza read the article as follows:

"The always insightful and often surprising Antonio Socci has just published a piece (translation mine) concerning a little-known but immensely explosive essay by the Italian philosopher Massimo Cacciari, given one month after Benedict XVI’s mysterious renunciation of 'the ministry of Bishop of Rome, Successor of Saint Peter… in such a way, that… the See of Saint Peter, will be vacant…'”

Alluding to the title of the book Attack on Ratzinger, written three years before Benedict’s “resignation,” Socci suggests that the attack on Benedict XVI, the “rejected rock” (of Peter), which culminated in his abdication, is part of “the final attack on the Catholic Church by the antichristian powers and ideologies of this world.”

"Cacciari, Socci continues, calls the Church over which Benedict presided the Kathécon, a Greek word which appears in Saint Paul’s Second Letter to the Thessalonians, meaning the great sign of opposition to the advance of the Antichrist, which has the power to 'put the brakes' on that advance. Cacciari maintains that Pope Benedict renounced the 'ministry of the Bishop of Rome' because he was convinced that 'he could no longer succeed in containing the powers of Antichrist within the Catholic Church. As Saint Augustine said, antichrists are in each of us. This is a key to the decision by Ratzinger, if we want to view it in all its seriousness. His decision is of one piece with the crisis of politics, of the power that brakes [the advance of Antichrist].'”

"Socci concludes that with Benedict’s renunciation, it would appear that 'the Church as Kathécon, that is, as the power that arrests [the Antichrist’s advance], was totally dissolved. Giving the impression of being recruited as a draft horse for the chariot of the Antichrist’s power.' This situation, says Socci:

'[S]ignals that we live in a ‘grandiose,’ that is, apocalyptic, time.'"
((Taylor Marshall Show, "Is Pope Benedict XVI still (but Francis is Bishop of Rome?) Mazza Thesis Revisited," starting at 1:29:29 and "Socci Drops Another Payload, "by Christopher A. Ferrara, July 26, 2017: http://motheofgod.com/threads/bxvi-could-no-longer-contain-the-antichrist.11007/)

Furthermore, on the last page of his book "The Secret of Benedict XV," Socci's "careful analysis" of the lack of Benedict XVI's "resignation... validity" brings him to the conclusion that we must:

"Bergoglio... is dismantling the Catholic Church."

The world renowned Fatima expert Socci at the end of the book revealed that a little known "document" quotes Fatima Seer Jacinta Marto "speaking about":

Are Cardinal Eijk, Socci and Mazza saying that Francis may be acting in the spirit of the Antichrist?

Pray an Our Father now for the restoration of the Mass and the Church as well as for the Triumph of the Kingdom of the Sacred Heart of the Jesus and the Immaculate Heart of the Mary.