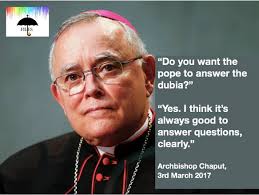 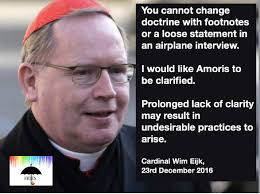 5 Dubia and/or Questions for Eric Sammons and all Francis Traditionalists also known as Trad Inc:

The Catholic Monitor asks all Catholics to confront these men on social media, in email and in person. Also share these questions with all who claim to find their arguments to be convincing.

The five questions are:

To make it really easy for them it has been formatted so that they only have to answer: yes or no.

3. Do you think that a “supreme pontiff” if “universally accepted” is still Pope if, to quote papal validity expert Arnaldo Xavier de Silveira on “dubious election[s]”, that he is “a woman… a child… a demented person… a heretic… a apostate… [which] would [thus] be invalid[ed] by divine law”? Answer: yes or no.

“But each Pope, having unlimited sovereign power as head of the Church, can prescribe any method for the election of his successor(s) that he chooses… A papal claimant not following these methods is also an Antipope.”

Are renowned historian Carroll and Bishop Gracida for saying this Sedevacantists or schismatics? Answer: yes or no.

5. Is Bishop Gracida really a Sedevacantist and schismatic for convincingly demonstrating that there is valid evidence that Pope John Paul II’s conclave constitution “Universi Dominici Gregis” which “prescribe[d].. [the] method for the election of his successor(s)” was violated and must be investigated by Cardinals? Answer: yes or no.

The Catholic Monitor's rebuttal of their arguments are in these and many other articles: