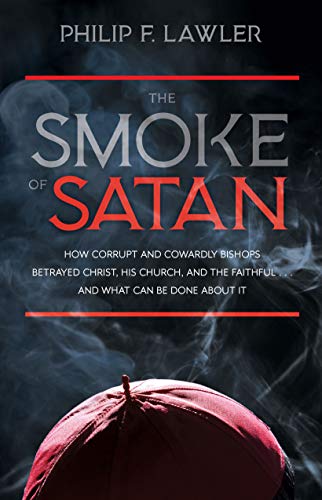 The moral crisis and "doctrinal anarchy" as Vatican expert Edward Pentin and others have written about in the Church caused by Francis has reached the breaking point where all faithful Catholics must pray for and demand that Cardinal Raymond Burke and the faithful bishops issue the correction and investigate if Francis is an invalidly elected anti-pope.

A Vatican expert who has met Francis and wishes to remain anonymous gave the Catholic Monitor an impassioned statement to this purpose saying:

"Raymond Burke is the epitome of humility, holiness and brilliance."

"I love Cardinal Burke, but I've run out of patience."

This impassioned statement is titled End the Bergoglio Borgata:

The persistent silence of the College of Cardinals and the Bishops signifies their cowardice and neutrality. They invoke omerta in the face of the Bergoglio Borgata which has knee-capped the Catholic Church, decimating it with modernism and secular populism.  The Cardinals seemingly choke with fear as Francis supplants the Magisterium with his own doctrinal brand of liberation theology. They watch silently as he guts the FFI, the Knights of Malta, the Pontifical Academies, and stacks the  College of Cardinals with his liberal lackeys to ensure that Francis minions dominate the Chair of Peter for generations.

How often have we heard cardinals, bishops and priests whisper, 'we will wait Francis out, he is old, and has only one lung.'

How much more destruction are you willing to endure, silently watching, remaining neutral in this time of moral crisis in the Catholic Church?

Remember the words of St. Cajetan, “you must resist the Pope who openly destroys the Church.”

While the clerics sit on the sidelines, the laity is not content to watch Rome burn during this papacy, knowing that the true scandal is not the vociferous criticism of Francis; the real scandal is the papacy of Jorge Bergoglio and the complicit silence of the hierarchy.

And, questions persist about the hierarchy.

Is there a real man left in the Vatican to speak up and save Holy Mother Church from this disastrous papacy ?

Is it too much to ask you to lay down your riches, titles, and honor, at the end of your earthly lives, for Holy Mother Church?

Are you content to be made a laughingstock with your Dubia Demand which goes ignored and unanswered for nearly 9 months?

Are there any men in the College of Cardinals left who are willing to fight for Holy Mother Church, like the legions of men in the traditional Catholic blogoshere?

Knowing that the St. Gallen Mafia plotted and schemed the spurious election of Bergoglio, why would you, Cardinals passively condone his scandalous appointments, his heretical pronouncements, and his tyrannical firings, without speaking out in united protest?

It’s time to break the code of silence.  ‘Show up Time’ has long past. Time to put on your big boy pants and blow the lid off this modernist and heretical papacy. The Resistance is upon us.

The Rome Midnight Poster Brigade was a good first start.

The Dubia Demand offered hope and clarity, but unanswered remains a hollow threat.

Creativity, bravery, and prayer are required to launch an offensive to SAVE OUR CHURCH.

Bergoglio is increasingly vulnerable, exposed, and obviously flawed. The time is long over to stop protecting this papal wrecking ball who scandalizes the faithful every time he opens his mouth.

Who could forget the merciful Francis who haughtily chastised Cardinal Mueller, “I am the Pope, I don’t have to give you reasons for firing your 3 best priests at the CDF.”  Hardly the  conciliatory and humble words of a man who espouses dialogue and consultation.  As Aesop cautioned, “any excuse will serve a tyrant.”

Time to shed the comfort of your mitre, your title, and your coat of arms.

Have you forgotten that Dante warned that “the darkest places in hell are reserved for those who maintain their neutrality in times of moral crisis?”

In the words of St Catherine of Siena, “Proclaim the truth and don’t be silent through fear.”