Do "'Conspiracy' Thinking" Francis & his Inner Circle have Paranoia? 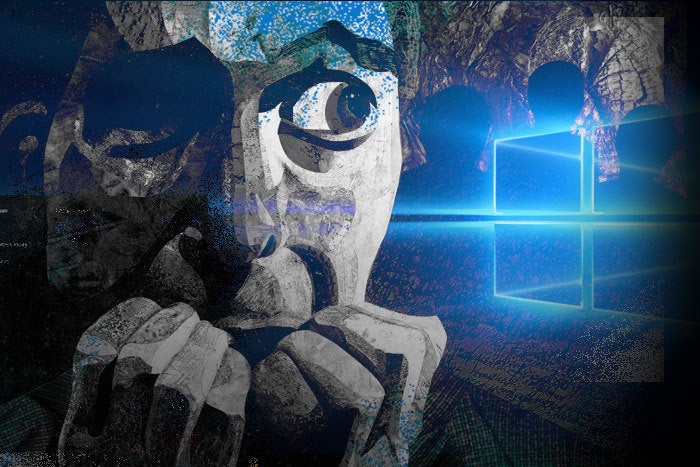 Francis and his inner circle appear to have symptoms of paranoia. Cardinal Gerhard Mueller in a 2017 interview revealed that Francis told him:

"They tell me you're my enemy."

Muller in the interview said the “magic circle” around Francis does “spying on alleged opponents” and tells him who are his friends or enemies.

It seems that Francis may be overly attached and surrounded by certain persons with unhealthy thought processes and strange conspiracy ideas.

The Vatican Insider usually a solid news source which has access to ranking Vatican insiders close to the Francis on October 19, 2016 wrote a tabloid like paranoid article.

It slandered anyone remotely criticizing the questionable prudential actions and non- infallible teachings of Francis.

The Insider claimed that those who question Francis are in a global conspiracy with Russian strongman Putin against the him.

Phil Lawler and his CatholicCulture.org which defends many of Francis's teachings and even the Argentine norm of Amoris Laetitia when commenting on this article said:

It is "likely...people surrounding Pope Francis" have a "paranoid style" and have fallen into 'conspiracy' thinking that "see enemies wherever there is resistance to their agenda." [https://www.catholicculture.org/commentary/the-city-gates.cfm?id=1367]

Francis like those who surround him appears to have fallen into paranoid and conspiracy thought processes as shown by his thinking the wishy-washy Muller is his "enemy."

This is the namby-pamby Muller who while working in the Vatican attacked the Dubia Cardinals to the "bewilderment" of his staff at the Congregation for the Doctrine of the Faith because he contradicted "everything he said... on the matter until now" according to Vatican expert Edward Pentin. (National Catholic Register, "Cardinal Muller TV Interview Causes Bewilderment," January 9, 2017)

If Francis thinks the indecisive Muller is his "enemy," who endorsed Amoris Laetitia and before said the divorce and remarried can't receive Communion unless chaste, then it appears that the he may have dementia.

Alzheimer experts say a symptom of dementia can be paranoia.

The Alzheimer's Foundation of America says individuals "with dementia may become paranoid."

The Every Day Health post "The Seven Stages of Dementia- Alzheimer's Disease Center" says a sign of severe dementia is:

"Changes in personality or behavior, such as increased paranoia." (Everydayhealth.com, By Madeline Vann, MPH)

Wikipedia says paranoia "is a thought process believed to be heavily influenced by anxiety and fear...typically includes...beliefs of conspiracy."

Even EWTN commentator Robert Royal of The Catholic Thing said in the 2014 article "Pope Francis Needs New Friends" that Francis appears to be surrounded by certain persons with strange non-rational conspiracy ideas:

"He's clearly in a bubble" with Cardinals like the German Kasper who wants "God to repeal the Laws of Non-contradiction" and radicals like the Honduran Maraiaga who were leading Francis to "connect...global poverty-with a kind of conspiracy theory about arms sales and war is simply bizarre."

- Tucker Carlson's Conservatism Inc. Biden Steal Betrayal is explained by “One of the Greatest Columns ever Written" according to Rush: http://catholicmonitor.blogspot.com/2021/01/tucker-carlsons-conservatism-inc-biden.html?m=1
- A Hour which will Live in Infamy: 10:01pm November 3, 2020:
http://www.thecatholicmonitor.com/2021/01/a-hour-which-will-live-in-infamy-1001pm.html?m=1
What is needed right now to save America from those who would destroy our God given rights is to pray at home or in church and if called to even go to outdoor prayer rallies in every town and city across the United States for God to pour out His grace on our country to save us from those who would use a Reichstag Fire-like incident to destroy our civil liberties. [Is the DC Capitol Incident Comparable to the Nazi Reichstag Fire Incident where the German People Lost their Civil Liberties?: http://catholicmonitor.blogspot.com/2021/01/is-dc-capital-incident-comparable-to.html?m=1 and Epoch Times Show Crossroads on Capitol Incident: "Anitfa 'Agent Provocateurs'":
http://catholicmonitor.blogspot.com/2021/01/epoch-times-show-crossroads-on-capital.html?m=1]
Pray an Our Father now for the grace to know God's Will and to do it.
Pray an Our Father now for America.
Pray an Our Father now for the restoration of the Church as well as the Triumph of the Kingdom of the Sacred Heart and the Immaculate Heart of Mary.
It is, however, possible that this transient paralysis may h

Read more at:
https://mumbaimirror.indiatimes.com/opinion/columnists/dr-altaf-patel/are-doctors-afraid-of-the-coronavirus/articleshow/76272164.cms?utm_source=contentofinterest&utm_medium=text&utm_campaign=cppst
American magnate and inventor Howard Hughes was at one time

Read more at:
https://mumbaimirror.indiatimes.com/opinion/columnists/dr-altaf-patel/are-doctors-afraid-of-the-coronavirus/articleshow/76272164.cms?utm_source=contentofinterest&utm_medium=text&utm_campaign=cppst
American magnate and inventor Howard Hughes was at one time