Bree Dail: "Why is he [Benedict] still in the Vatican?" vs. Editor Zmirak: " Benedict is "almost a Prisoner in the Vatican... he is Not a Free Agent" 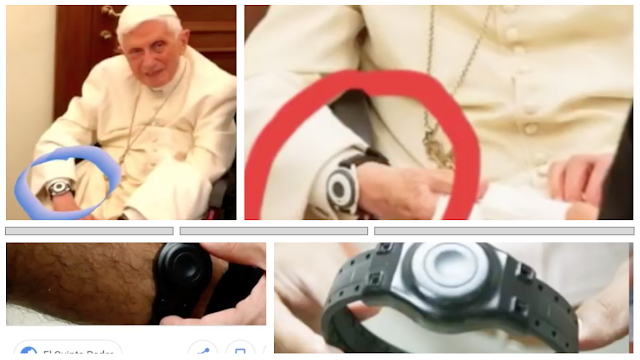 The apparitions of Our Lady of Success have been approved by the Catholic Church. Moreover, Our Lady of Good Success has had many miracles associated with it.

Here is part of the "Fourth Apparition: January 21, 1610" which the influential and prominent Catholic blogger Laramie Hirsch believes may possibly be referring to Pope Benedict XVI:

"The Supreme Shepherd and Vicar of Christ on Earth, who, being a prisoner in the Vatican... in that greatest crisis of the Church, he who is obligated to speak in due time will remain silent." [The Story of Our Lady of Good Success and Novena, Dolorosa Press, Pages 40-41: http://choosing-him.blogspot.com/2019/10/is-pope-benedict-prisoner-in-vatican.html?m=1]

Might the "answer" to the question on why Benedict is "still in the Vatican" be because he is "not a free agent"?

Former editor at Investor's Business Daily and present Senior Editor of The Stream John Zmirak said Benedict is "almost a prisoner in the Vatican... he is not a free agent":

"He is almost a prisoner in the Vatican... Benedict co-wrote a book with Cardinal Sarah defending celibacy... enormous pressure was put on Pope Benedict who is almost living as a prisoner of Pope Francis. He can't leave... What this shows me is Pope Benedict is not a free agent. He is not able to do what he wants."

"I really think the Italian police should remove him from the Vatican and make sure he wants to still be there. I don't think he is there of his own free will. And I wonder if he resigned of his own free will?"
(The Eric Ketaxas Radio Show on YouTube, Guest Journalist John Zmirak, 24:07- 25:34)