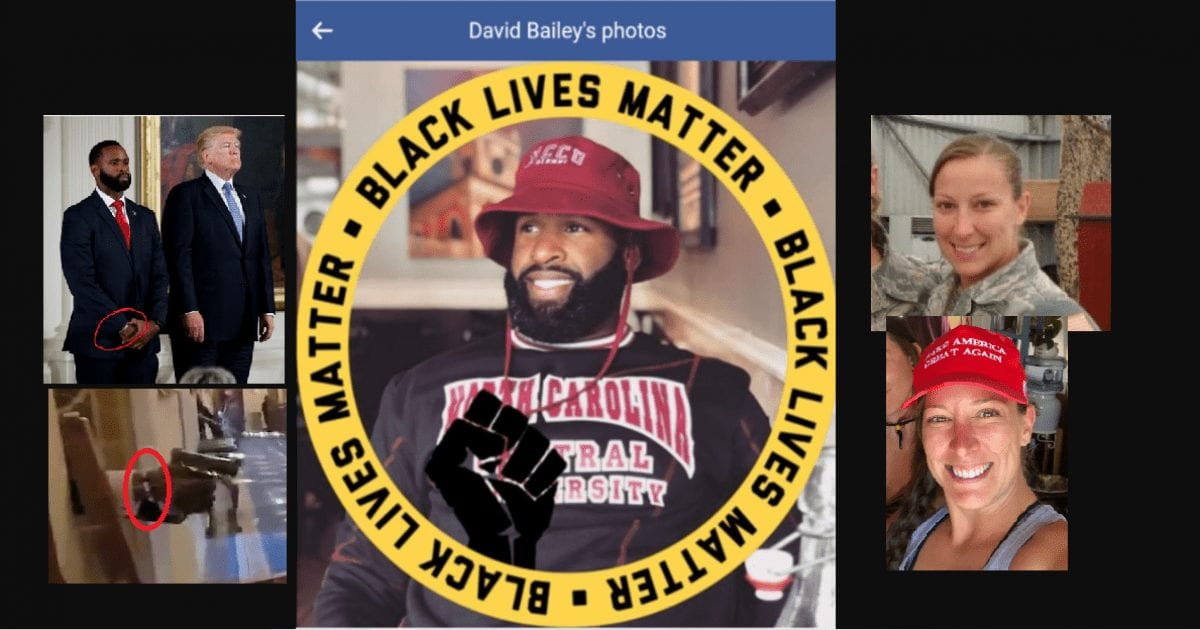 In April, the RAIR Foundation website reported that "Internet sleuths make a compelling case that an unarmed white woman [Ashli Babbitt] was killed by ["Black Lives Matter enthusiast"] Special Agent David Bailey" despite "a denial from the U.S. Capitol Police" due to the evidence of "the bracelet worn by Bailey, which appears in numerous photos, as well as the infamous photo of the hand that fired the shot at Ashli Babbitt":

Internet sleuths make a compelling case that an unarmed white woman was killed by Special Agent David Bailey, a black officer, on January 6th at the Capitol building in Washington, D.C. The case is compelling enough to have prompted a denial from the U.S. Capitol Police.

Only one shot was fired on January 6th, and Ashli Babbitt was killed by that shot in what was officially ruled a homicide, as reported at RAIR Foundation USA. It has been heavily speculated that David Bailey, a Black Lives Matter enthusiast, fired the shot that ended the life of the unarmed woman. One of the most compelling clues is the bracelet worn by Bailey, which appears in numerous photos, as well as the infamous photo of the hand that fired the shot at Ashli Babbitt.