Padre Pio: "Any mental picture of your life that focuses on past sins is a lie and thus comes from the devil.Jesus loves you and has forgiven you your sins,so there is no room for having a downcast spirit" 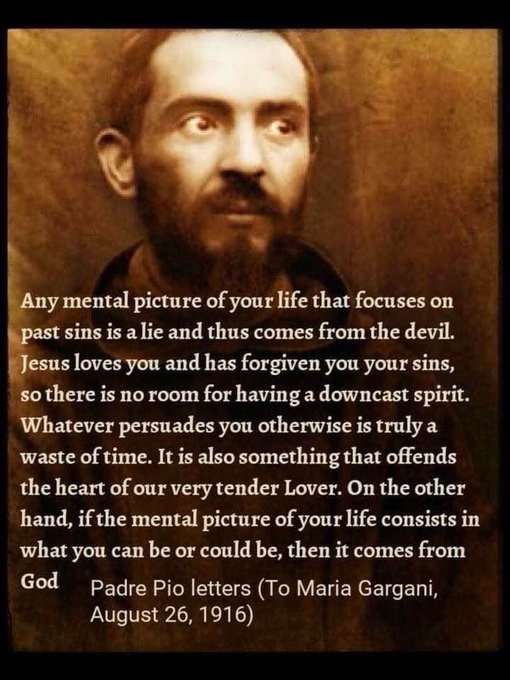