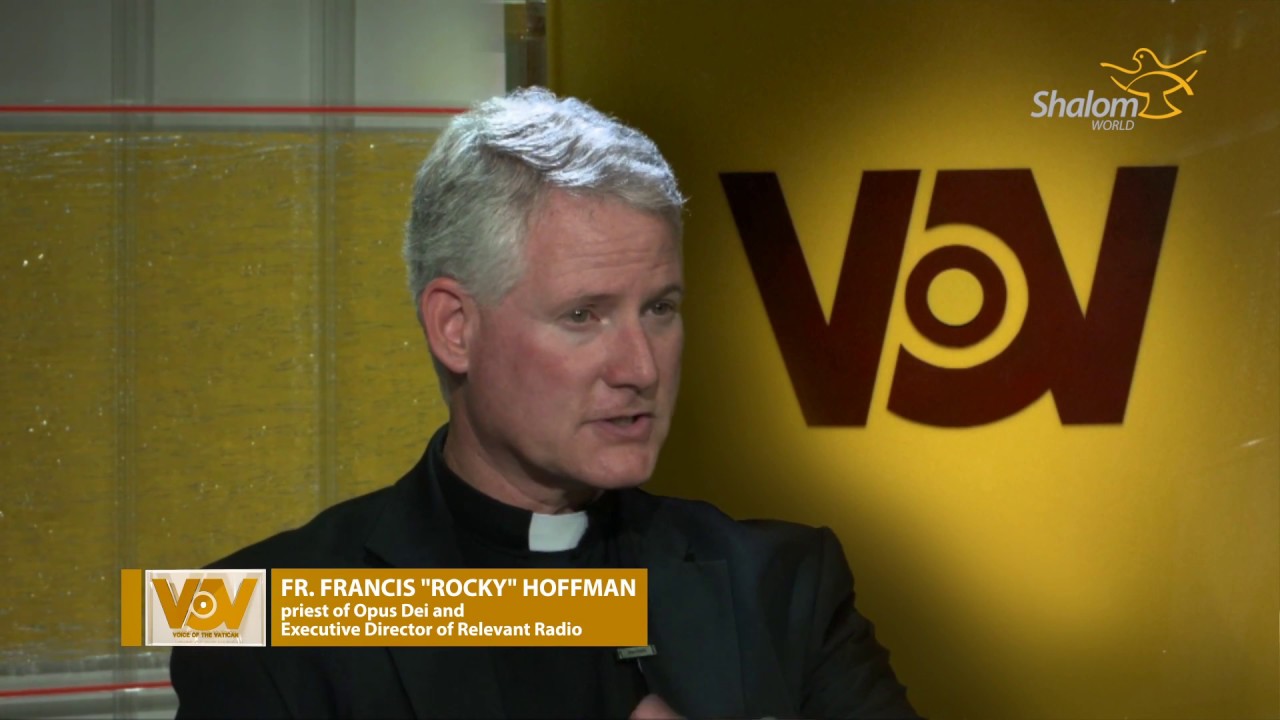 I was told today by a close friend that Opus Dei Fr. Francis "Rocky" Hoffman who heads Relevant Radio operations is pushing COVID-19 hysteria in his stations.

Relevant Radio's Fr. Rocky appears to be a pro-Democrat operative whose stations are mirroring the leftist media in screaming that the coronavirus is the Black Plague so we need to support the tyrannical lockdowns.

The Opus Dei priest's radio organization includes in its board of directors the left-leaning Opus Dei Archbishop Jose Gomez as a member.

The supposedly "conservative" Opus Dei media empire apparently is pushing a leftist narrative that is destroying the United States' as well as other country's political freedoms, economies and placing tyrannical restrictions on Masses.

The Spanish website called Sin Miedo de al "Opus Dei" which translates in English to Without Fear of "Opus Dei" stated in Spain that the leftist media and the Opus Dei so-called "conservative" media have united to push the coronavirus hysteria tryranny:

"[T]here is not a single Spanish media in which there is a dissident voice... No one dares move a finger or open their mouths to say that there is something strange in so much quarantine and interruption of activity [by lockdowns]."
(Sinmiedoalopusdei, "Architecture of Oppression," April 11, 2020)

Opus Dei is apparently supportive of the Francis and Gomez leftist illegal immigration agenda to elect pro-abortion Democrats. It also endorses Amoris Laetitia which promotes Communion for adulterers and has recently according to my friend went into overdrive to promote the globalists' COVID-19 unconstitutional totalitarian lockdowns and tyranny.

It appears that Opus Dei and Fr. Rocky are promoting tyrannical Democrat COVID lockdowns against the facts according to The Epoch Times article "Least-Restrictive States Have Lower CCP Virus Death Rates; Most-Closed States Have Highest':

States with the least restrictions on their citizens’ movements and businesses due to the CCP virus have the lowest death rates on average from the pandemic that prompted a national lockdown beginning in mid-March, according to a new study.

Conversely, the most restrictive states show higher death rates on average from the disease known as COVID-19, which originated in late 2019 in China.

South Dakota remains the least restrictive of the 50 states, thanks to Gov. Kristi Noem, a Republican who from the beginning of the crisis has resisted nationwide calls to close businesses and keep individuals in their homes as much as possible.

States began removing restrictions in May, but at widely varying paces.

Wisconsin and Utah are the second- and third-least-restrictive states, followed by South Carolina and North Dakota in fourth and fifth, respectively, in the survey conducted by WalletHub, a personal finance website that regularly conducts data-driven analysis of current issues.

The survey calculated each state’s relative position on 16 separately weighted metrics that include the strictness of mask requirements, travel restrictions, large gathering restrictions, reopening of restaurants and bars, and workplace temperature screening.

The next five least-restrictive states include Missouri, Iowa, Idaho, Oklahoma, and Wyoming, in that order.

At the other end of the spectrum, New Mexico is the most restrictive, followed by Vermont, California, Hawaii, and New York. New Mexico ranks 51st for restrictions and has the ninth-highest death rate. The District of Columbia is included as a state.

Vermont and California are 50th and 49th, respectively, on restrictions, but the latter has the 21st highest death rate, while Vermont ranks among the states with the lowest death rate, at sixth.

Hawaii has the lowest death rate in the nation. New York is 25th on the death-rate ranking. The average death-rate figure for the five most restrictive states is 20.4.

The next five most restrictive states include Maryland, New Hampshire, Virginia, New Jersey, and Colorado.

The lower death rate on average for the least-restrictive states appears to belie predictions that some officials have encouraged their states to relax restrictions too quickly.

“Daily deaths from the disease in the United States have fallen dramatically since April, and that downward trend has continued into June,” according to calculations by Reason’s Jacob Sullum.
[https://www.citizensjournal.us/least-restrictive-states-have-lower-ccp-virus-death-rates-most-closed-states-have-highest/]