Catholic Arena: "In Chicago, ['McCarrick Protégé'] Cardinal Cupich has Suppressed the booming Institute of Christ the King... a Scandal" 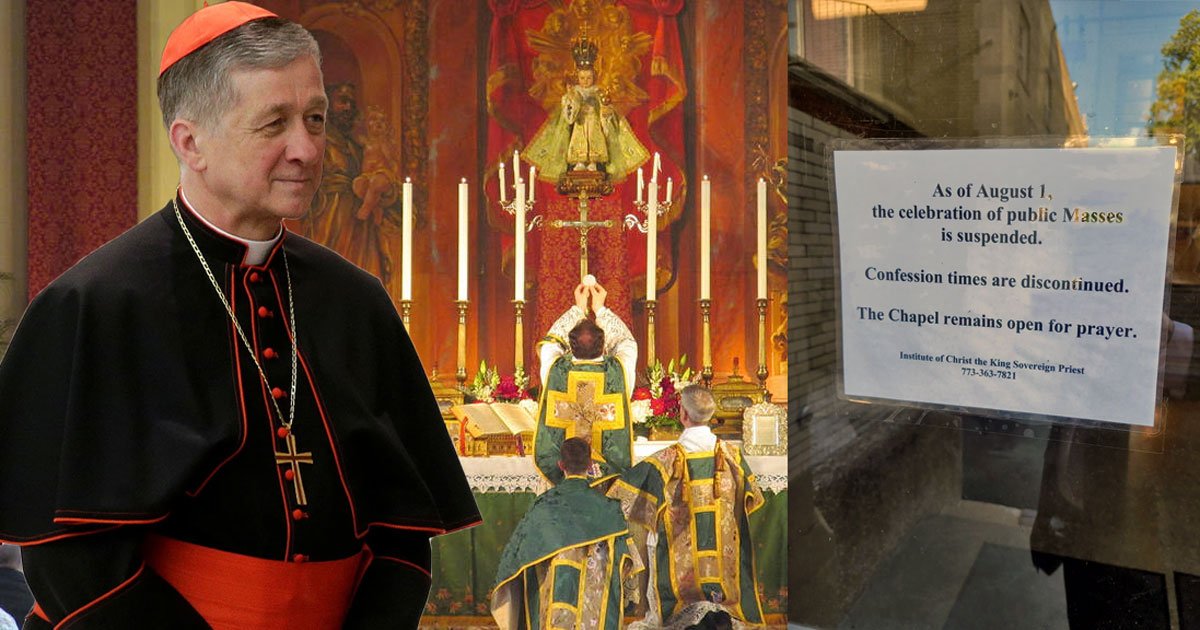 ghost of McCarrick in Blaise Cupich ...

Watch the ghost of McCarrick in Blaise Cupich:

Pope Francis—accused by Viganò of knowingly rehabilitating McCarrick into a “trusted counselor”—handpicked Cupich, a top revolutionary on homosexuality and McCarrick protégé, as a lead organizer of this week’s sex abuse summit.  Viganò has testified that McCarrick was behind Cupich’s ascent to the cardinalate. (Cupich confirmed this in 2014 when he said that you’re going to “have to ask” Viganò to find out who recommended his elevation.)

At the US bishops’ November meeting, Cupich voted against encouraging the Holy See to release all documents in the McCarrick case.  Cupich also questioned whether clerical “consensual sex” could be reviewed in the same way as non-consensual sex—a remark that seemed to bespeak, as others have observed, “an unspoken desire to go soft on disciplining consensual homosexual activity among clerics….”

The link to the Catholic Arena reported the following on the "Arlington, Chicago see Latin Mass Crackdown":

Beginning in September, the Diocese of Arlington will punish Latin Mass communities for their successes, reducing the numbers of parishes from 21 to 8, in a Diocese of 70 parishes

The Diocese actually taunted their own people (The People of God, no less) by writing:

In total, eight of the 21 current locations throughout the Diocese of Arlington will have the Traditional Latin Mass available for the approximately 2.5% of local, Mass-attending Catholics who prefer this liturgical form.

To add insult to injury, a number of the buildings that have been assigned are so inappropriate as to be termed a form of ‘constructive dismissal’ from the church towards its own members.

In Chicago, Cardinal Cupich has suppressed the booming Institute of Christ the King.

Despite (or in spite of) their successes, Cupich has cruelly shut down their public Masses. This story has an extra nasty element to it, namely the Institute’s efforts to rebuild the church after a fire in 2015. The Institute of Christ the King raised $4,000,000 for the building to be fixed. This page lists the extensive work that they did.

To kick them out after all of that, independent of anything else, is a scandal in and of itself...

...  The behaviours of those who impose and support these suppressions are the behaviours of cult members, seeking to alienate people who make them uncomfortable, seeking to consolidate power and seeking to punish those who they choose not to understand. It is unChristian, it is manipulative and it is the opposite of the much touted Synodal Way. [https://www.complicitclergy.com/2022/08/01/its-official-cupich-cancels-christ-the-king-in-chicago/]