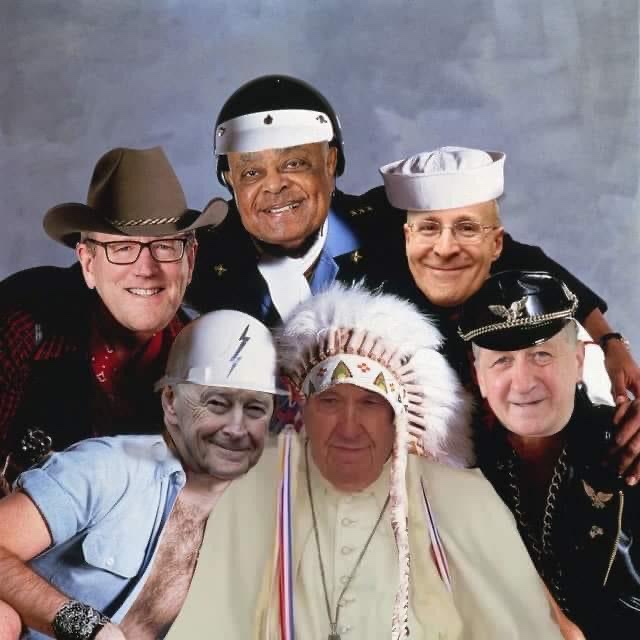 Peter Jones: Are We Goin’ to San Francisco?
By Dr. Peter Jones

Published by CWIPP, Christian Witness to a Pagan Planet

In 1974, when I left the States to teach in “godless” France, the cultural revolution was a Left coast/San Fran’ phenom’, and America was still “Christian.” When I returned in 1991, I was in for culture shock, but still never imagined what lay ahead.

One man warned us. In 1978, Pastor Charles Mcllhenny recorded his experiences after his church fired a homosexual organist (When the Wicked Seize a City). Church property was repeatedly vandalized and his family almost killed by a firebomb. “Law enforcement” never found the culprits. Mcllhenny used San Francisco as a striking example of what America might become. Are we “goin’ to San Francisco?” as the 60s hit song asked?

Last May, San Francisco elected Theresa Sparks president of its Police Commission. Theresa is a transgendered Vietnam veteran, twice-divorced and father of three grown children. In 2003 s/he was both the chief executive officer of the sex-toy retailer Good Vibrations, and the city’s Woman of the Year. It may be “only San Francisco,” but remember that Nancy Pelosi, congresswoman from San Francisco, is third in line for the presidency. As the 1967 song predicted: “All across the nation such a strange vibration…There’s a whole generation with a new explanation…”

The “new explanation” appears in a May 2007 Gallup poll:

Here is this “whole new generation”:

75% of 18-34 year olds, and 72% of Democrats consider homosexuality an acceptable alternative lifestyle

Homosexuals represent only 2% of the population, but culture unwinds once sexuality is “liberated.” The worldwide unwinding is fanned by the media. The Los Angeles Times recently ran a front-page article on gays in sport, concluding that it is no big deal. The BBC World Service series on “Coming Out,” communicated a similar no-big-deal message. Is it a big deal?

I see the change everywhere I go. In October, 2007, I will teach on homosexuality in Bogotá, Colombia, a city that wants to become the gay capital of the world. In Brazil I learned that the legislature was criminalizing “anti-homosexual speech.” Homosexuality has a powerful voice in the EU and at the UN. Much of the world is changing. Here’s how it happens:

Language Changes: “Free speech” is curtailed by those who define “hate speech.” Members of the European Parliament from France, the Netherlands and Italy vilified Poland as “hateful” and “repulsive” for refusing to promote homosexuality in schools.

Education Changes: In 2007 the California Senate passed Bill SB 777, prohibiting all classes, school activities, textbooks, and teachers from instruction that “reflects or promotes bias against” homosexuals, transgenders, and bisexuals in public schools (including kindergarten). The executive committee of the National Education Association is urging its members to make sexual orientation training a requirement for those earning a license to teach.

Therapy Changes: The American Psychological Association is considering a denunciation of any attempt by therapists to change sexual orientation.

Church Changes: In 2004, Gene Robinson, a homosexual priest, living publicly with a male lover, was ordained bishop in the Episcopal Church, setting off a fire-storm of controversy in the world-wide Anglican communion.

Public Service Changes: Dr. James Holsinger, a quality candidate for Surgeon General, committed one fatal error- he once opposed a decision that sought to name a practicing lesbian as an associate pastor. Holsinger’s fate may indicate that the place of biblical Christians in government service is in jeopardy. [Editor’s note: see AFTAH’s post on Dr. Holsinger’s less-than-bold testimony at his confirmation hearings before the Senate.]

Law Enforcement Changes: How a transgendered promoter of sex toys enforces public morals in the Bay Area may become a prototype as gay and lesbian judges are appointed all over the country.

In all these areas the 2% determine how the 98% must behave. How, do Christians live in a “San-Francisco” world? What should YOU do?

Understand sexuality in its theological context, as a part of the defense of the honor of God as Creator and the dignity of man in the image of God, in order to make sense of the Gospel message in today’s world;

By the power of Christ and his Spirit, preach and witness to this Gospel publicly for all you are worth, both as churches and as individual believers. We cannot allow our mouths to be closed. As Paul said: “Pray for me that I might open my mouth with boldness…to speak what I must speak” (Ephesians 6:20);

If necessary, go to jail. A Brazilian Christian in Rio this Spring asked me: “What should we do in light of this new law prohibiting anti-homosexual speech?” I replied: “Are you ready to go to jail?” which is precisely where Paul was!

Do you still say, “This will never happen in my town. I don’t live in San Francisco!”?

Dr. Peter Jones (peter@cwipp.org) is Executive Director of CWIPP (Christian Witness to a Pagan Planet). Dr. Jones was Professor of New Testament at Westminster Seminary in California for 12 years. He presently serves on the executive committee of the World Reformed Fellowship. CWIPP seeks to explain the two religious options vying for the modern mind (Christianity and Paganism) in order to equip the church to answer, in the power of the gospel, the questions emerging in a culture dominated by planetary paganism, for the sake of her evangelism and her intentional Christian living.

Send Article to a Friend