Ex-FBI Special Agent: "CIA actually had a Trump Team for gathering info on Trump to try to take him out" 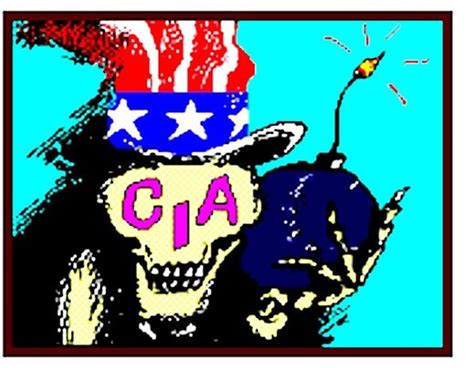 Mark Wauck, a retired FBI special agent and RealClear Politics as well as American Thinker contributor, wrote the "CIA actually had a Trump Team for gathering info on Trump to try to take him out":

With one thing and another, I lost track of Larry Johnson for a few days and went back this morning to catch up. A few days ago Johnson had a very interesting and wide ranging interview with Clayton Morris. I'll embed the Youtube video and then highlight the points that I found most worthy of note. A lot of what’s discussed—and “Ukraine” and “disinformation” kinda scratches the surface—plays into the posts from yesterday, especially with regard to sanctions and politics in the West. The interview is a good hour or a bit more in length. My comments below are only approximately in the order that the topics come up, partly because I want to tie some of the topics together and expand on them a bit:

Propaganda and disinformation, as well as efforts at censorship, are topics that Morris and Johnson keep “circling back” to. However, two examples that I’d like to ties together—because they do relate well to the posts from yesterday—involve Iraq and the current Russia sanctions.

Johnson, in response to questioning by Morris, points out that American propaganda, often prepared by the CIA, is sometimes prepared well in advance of the event that it relates to and can be well thought out. On the other hand, it can also amount to little more than ad hoc talking points that represent the self delusions of the persons propagating them. This last, for example, was the case with regard to the US narrative with regard to the invasion of Iraq--it was a narrative with no experience in warfare and no real understanding of Arab culture. The idea was that America would simply change the regime, install democracy, and make the world a better place. The whole thing, says Johnson, “was as simple and stupid as that.”

Fast forward to Russia sanctions—which have turned out to be the West self sanctioning itself. The same basic group of people who had embraced the Iraq adventure again exhibited their ignorance: ignorance of history—that sanctions have never once proven effective in bringing about regime change or a change in behavior, and a near total lack of understanding of Russia's economy. The simply came up with a narrative that sanctions could magically bring Russia to its knees. The reality is that 1) Russia is one of the most self sufficient countries on earth, and 2) sanctions have acted “like an asteroid” striking the Western economy. Germany’s leader has recently said that sanctions are "crumbling", but the damage already done to the West is immense.

Worse, because of structural problems, this damage isn't going to simply go away if sanctions end. The political and economic damage will be long term, and the demise of Boris Johnson in the UK is just the beginning.

Later in the interview, when the topic of China comes up, Johnson maintains that China is playing a shrewd game. They're avoiding military confrontation, deflecting US and US proxy provocations in the East China Sea and the South China Sea—for a Chinese perspective:

mmy @trashman_coming
China being "aggressive" against Canadian and Australian warplanes....

Instead, China has played the Covid Card, locking down Shanghai, which is a key hub for trade with the US. This will impact the US economy at a time when the US is under considerable economic strain.

Johnson is in agreement with Andrei Martyanov that America has invested too much money in super expensive hardware (e.g., F-35) that has been outpaced by technology. A prime example has to do with aircraft carriers. Carriers are fantastically expensive, but are now extremely vulnerable to hypersonic missiles. Johnson maintains that enormous systemic corruption in the military industrial complex as it intersects with our political establishment has led to a dangerously destabilization of our military capabilities.

The CIA actually had a Trump Team for gathering info on Trump to try to take him out. It was done using foreign intel services, who passed their take on to the CIA. The UK’s GCHQ (which may actually lead NSA in collection) led the way in that regard, spying not only on Trump but also on Ted Cruz and Bernie Sanders. In other words, this was being done in behalf of Hillary. [