I Agree with Nancy, George: "Dark Beliefs... Pelosi has, in fact, Uncovered an 'Insidious Plot' to Convert the Whole World to the Truth who is Jesus Christ" 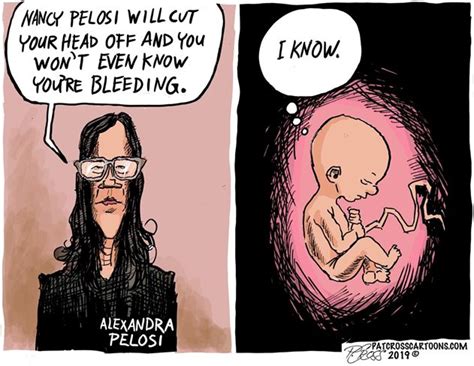 If a Mother Can Kill Her Own Child, How Can We Tell Other People Not to Kill? - Mother Teresa

In a recent column at the American Spectator (May 28, 2022), the intrepid George Neumayr takes on Nancy Pelosi over the issue of the latter being banned from Holy Communion by Archbishop Salvatore Cordileone due to her advocacy (to put it mildly) of abortion “rights.”  Neumayr’s remarks respond to Pelosi’s subsequent appearance on Morning Joe during which the issue was debated according to the Democrats’ preferred rules of order—with all the participants, in other words, firmly committed to a contrived and viciously enforced leftist worldview and agenda.  No rational person would fail to see through the threadbare fabric of “pro-choice” propaganda, long since debunked, which Pelosi and her ilk continue to trot out, like early 20th century apologists for the indubitable safety and invulnerability of the Titanic.  It is certainly the case, as Neumayr sardonically observes, that Pelosi “is, you see, opposed to the ‘foisting’ of morality on others, unless it is her own.”

The reason for these brief remarks is not to take issue with Nancy Pelosi, then—as Neumayr and others have done quite handily—but to challenge something Neumayr said himself.  At a certain point in his otherwise justifiable jeremiad, the following observation appears:

Her comments made no sense, treating an internal Church matter as an insidious plot to deprive non-Catholics of rights to “family planning” and “in vitro” fertilization.  She added, apropos of nothing, “Our archbishop has been vehemently against LGBTQ rights, too.”

There is something quite concerning here, when a commentator holding Neumayr’s sterling credentials can characterize, in such a cavalier way, the reception of Holy Communion as an “internal Church matter” alone.  If that is all it was, there would hardly be coverage of the controversy at the American Spectator, for instance.  The conflict in San Francisco is making national and international news precisely because the coherent and deeply pious (regarding her own dark beliefs) Pelosi has, in fact, uncovered an “insidious plot” to convert the whole world to the truth who is Jesus Christ, the Word Incarnate—a “plot” known as the Great Commission of the Gospel according to Saint Matthew (28:16-20).

While there are such things as internal Church matters, abortion is not among them.  By alleging otherwise, Neumayr grounds his own opposition to Pelosi-ism on the crumbling and “egregiously wrong from the start” Roe v. Wade precedent, which holds that the intentional taking of vulnerable unborn lives constitutes a matter of “privacy,” primarily.  It is quite a serious step down the proverbial slippery slope, to imply—as the above-quoted Neumayr remarks do--that abortion is wrong for Catholics.  Abortion is wrong, period.  Why?  Not only because of the “social contract” at the merely human level, as Jorge “Pope Francis” Bergoglio likes to allege, to the obsequious applause of what’s left of the mainstream pro-life movement worldwide; not only because of the natural law itself, to which Neumayr does offer, to be fair, the obligatory hat tip later in this same piece; but because every human life is made in the imago Dei, and is thus not only inviolable but sacred.  Abortion is wrong, in the last analysis, because it transgresses the commandments of Almighty God.  The commandments are not relativistic, in force on a voluntary basis for those who elect to subscribe.  By implying that they are, Neumayr contests the very catholicity of Catholicism as insidiously, if not more so, than does Nancy Pelosi herself.

Note: This post is written by a friend of the Catholic Monitor.