Has Trudeau turned Canada into Cuba & has he become the Canadian Castro? 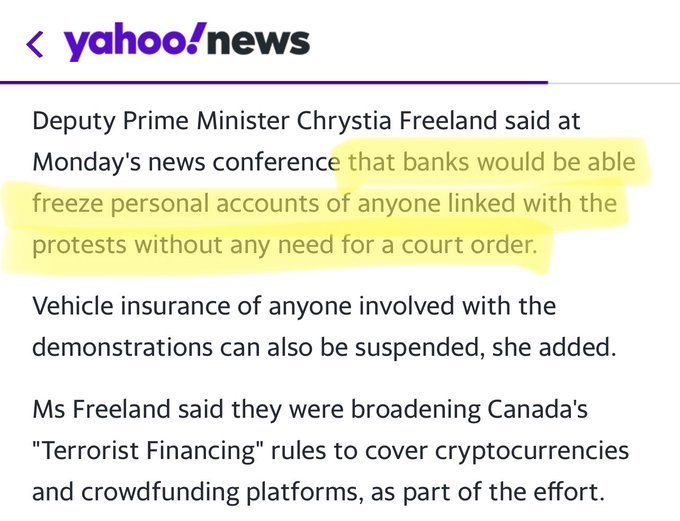 Is Justin Trudeau a dictator?

There was some patching since then, here and there. As in Canada turning into a dictatorship.

Who saw the nicest people on earth opting for an actual real-life bona fide genuine honest-to-God dictatorship? The Conservatives offered an act to consider a plan to, someday, not today, end the unnecessary mandates. It was voted down. Because Science. There will be no end to the “crisis.” Not in Canada.

The word is dictatorship. Not used in some hyperbolic ridiculous emotional propagandist NPR sense. It is the technical name for the form of government when one man rules by fiat.

The premiers of the western provinces (and Quebec, remembering the bad old days) said to Trudeau, “Please don’t do this to us.” The arch glory holer Theresa Tam is for backing down and “re-examining” policies, repeating our line “it’s clear now that Canada and the rest of the world will be grappling with COVID-19 for months or years to come.”

Trudeau, son of Fidel, his ancestral blood calling out from his very depths, announced, “Bend over.” He has—at last—become a man.

Canada will start with seizing the money, now all in computerized accounts so it’s easy, from those who protest the government. Protesting the government is not what is done in a democracy. What’s next? Will we see Mounties riding down the unvaccinated, forcibly injecting them? [https://wmbriggs.com/post/39099/]

“I was very clear with the prime minister that the federal emergency act must not apply in Quebec. I think we don’t need it. I think that at this moment it would not help the social climate,” Legault told reporters, according to Reuters.

“There’s a lot of pressure right now and I think we have to be careful. So it’s about time we put all Quebecers together. But I can understand that enough is enough in Ottawa. You can protest but you cannot do what they are doing since two weeks,” he said.

In Manitoba, Premier Heather Stefanson said she believed that “the sweeping effects and signals associated with the never-before-used Emergencies Act are not constructive here in Manitoba, where caution must be taken against overreach and unintended negative consequences. [https://nypost.com/2022/02/15/canada-pm-justin-trudeau-slammed-for-invoking-emergency-powers/]

The Epoch Times revealed "The premiers of Alberta, Saskatchewan, Manitoba, and Quebec stated that they don’t support the prime minister’s use of the act." [https://www.theepochtimes.com/canadian-government-declares-state-of-emergency-over-protests-against-covid-19-mandates_4277273.html?utm_source=Morningbrief&utm_campaign=mb-2022-02-15&utm_medium=email&est=3LQ4RZDQTY3Ul%2BxIKvlG4e6pKXkW9jLWEyZ19spRNjms8x9yRxiL4YWNWEYX]

Most people know of the Tiananmen Square tank and the lone man moment when workers in the millions joined student demonstrations in Beijing's Tiananmen Square, but most have never heard of the Chinese 2011 trucker protest. Both were eventually suppressed by the Chinese totalitarian regime:

The implications of the Shanghai truckers' strike - WSWS

It appears that Trudeau has met his Tiananmen Square moment and has become the Canadian Fidel Castro of a totalitarian-like regime.