Bidenflation & Biden Steal News: "Just Shy of 100 State Lawmakers across the country are calling for a Forensic Review of the 2020 Presidential Election results in all 50 States"

BlabberBuzz News wrote "Bidenflation Continues Ruining Everything In Its Path": 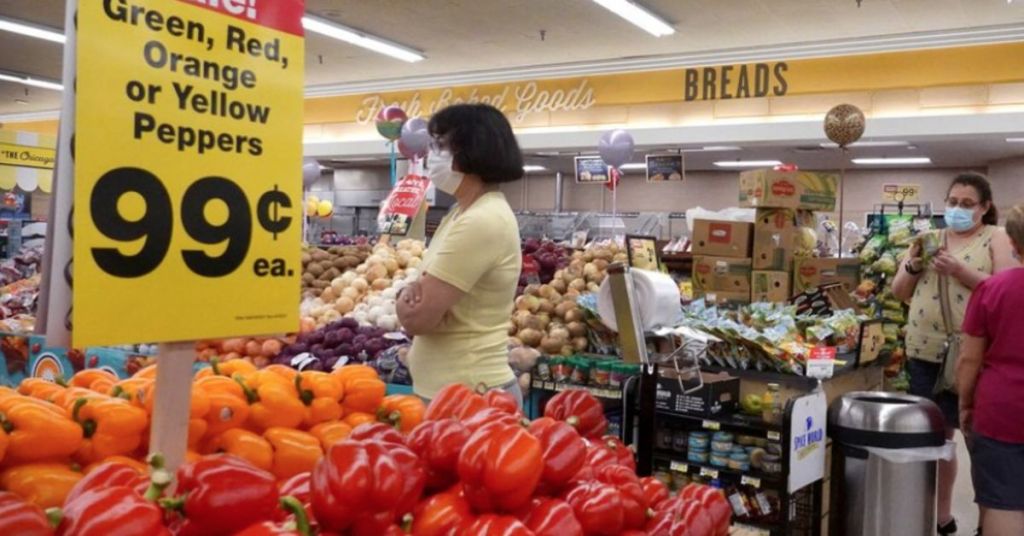 Inflation suddenly quickened in August, as deficiencies of a wide range of consumer goods and services increased prices.

The Personal Consumption Price Index for August increased 4.3 percent from one year ago, showing increases in the prices paid by consumers for both goods and services, Commerce Department data showed Friday. That is the fastest speed of inflation since January 1991. [https://www.blabber.buzz/blab/pop/1030851-bidenflation-continues-ruining-everything-in-its-path?utm_source=c-alrt&utm_medium=c-alrt-email&utm_term=c-alrt-AOL&utm_content=6pmvgfDW-0NOF0MqPHZ7iOa5ucSyM-vSD6Ynm5JYtSzg.A&lctg=c6b2b5ab2bb6ca21486566f740be3c9d]

Meanwhile, the Conservative Brief reported on the Biden Steal news:

Just shy of 100 state lawmakers across the country are calling for a forensic review of the 2020 presidential election results in all 50 states.

The “letter from state legislators to the American people” was released on Monday and was signed by 92 lawmakers.

‘We … are vested with the plenary power by our U.S. Constitution to oversee the election of the president of the United States,” they explain. “It has come to our attention from an audit of 2.1 million ballots in Arizona complemented by an in-depth canvass of votes in Arizona, as well as through multiple different data reviews of voting by independent experts, that our representative republic suffered a corrupted 2020 election.”


They point to Maricopa County, Arizona’s audit in their argument for “multiple audits and canvasses in multiple states.”


“We have come to the conclusion that all 50 states need to be forensically audited. Voter rolls should be scrubbed with a canvass of the voters to ensure the future integrity of our elections,” they wrote. “If results from these measures prove an inaccurate election was held, as has been shown in Arizona, and is being shown in many other states; then it is clear that certification of many electors was improperly rendered in January 2021 of the November 2020 United States presidential election.”

“If it is shown that either Joe Biden would receive fewer than 270 tallied electoral votes, or Donald Trump would receive more than 270 electoral votes, then we call for the U.S. House of Representatives to convene and vote per the U.S. Constitution by means of one vote per state to decide the rightful winner of the election in accordance with the constitutional process of choosing electors,” the letter states." [https://conservativebrief.com/call-for-52280/?utm_source=CB&utm_medium=539]