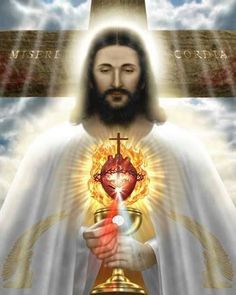 Bishop Athanasius Schneider stated that Francis's Amoris Laetitia is a sin against Jesus and His Heart:

THERE HAS NEVER been in the history of the Church a time where the sacrament of the Eucharist has been abused and outraged to such an alarming and grievous extent...  The height of the abuses of the Holy Eucharist is seen in the admittance to Holy Communion of couples who are living in a public and objective state of adultery, violating thereby their indissoluble valid sacramental marriage bonds, as in the case of the so-called “divorced and remarried”, such admittance being in some regions officially legalized by specific norms, and, in the case of the Buenos Aires region in Argentina, norms even approved by the Pope. [https://onepeterfive.com/bishop-schneider-launches-international-crusade-of-reparation-for-eucharistic-abuses/]

Pope Pius XI in his Encyclical Miserentissimus Redemptor showed that the Sacred Heart of Jesus devotion is a battle cry against people like Francis and his supporters who are doing "great injuries... to Him":

“When Christ manifested Himself to Margaret Mary, and declared to her the infinitude of His love, at the same time, in the manner of a mourner, He complained that so many and such great injuries were done to Him by ungrateful men—and we would that these words in which He made this complaint were fixed in the minds of the faithful, and were never blotted out by oblivion: “Behold this Heart”—He said—”which has loved men so much and has loaded them with all benefits, and for this boundless love has had no return but neglect, and contumely, and this often from those who were bound by a debt and duty of a more special love.”

The Sacred Heart of Jesus devotion is a battle cry to spiritual combat against the sins of Francis's Amoris Laetitia.

Catholics who want to do real spiritual combat against sin must do the Great Triad of the Sacred Heart of Jesus devotion to make reparation to Him:

"[R]emain prostate with me an hour, not only to appease the divine anger by begging mercy of sinners, but also to mitigate in some way the bitterness which I felt at that time on finding Myself abandoned by My apostles."
(The Autobiography of St. Margaret Mary Alacoque,  Page 57)

1 - Personally consecrate oneself to the Sacred Heart of Jesus, and recite the Consecration Prayer daily [and reparation prayer] - For One Fold and One Shepherd.

2 - Participate in the Holy Mass and receive Holy Communion daily, if possible - For Reparation.

Tradition in Action revealed that the Sacred Heart of Jesus is about spiritual combat and real combat:

"The Sacred Heart revealed to Saint Margaret Mary Alacoque that He wanted His Sacred Heart “to reign in the King’s palace, to be painted on his standards and engraved on his arms, in order to render him victorious over all his enemies”. (5) In a later letter to her Mother Superior, Sister Margaret Mary revealed that the Divine Heart wished “to be the protector and defender of his sacred person [Louis XIV] against all his enemies visible and invisible. By means of this devotion He wants to defend him and make his salvation sure. … He will make all his undertakings redound to His glory by granting happy success to his armies.”

"Our Lord did not hesitate to ask that the symbol of His great love for man be painted on the arms of Catholic warriors. This is quite different from a number of today’s ecumenical ecclesiastics who never tire of asking pardon of the enemies of the Church for the use of Catholic arms in defense of the Faith. How would they explain that Our Lord even went so far as to guarantee His participation in the battles that the King of France should wage in the religious wars of the epoch and to request that His Heart be painted on the arms themselves? He promised victory to those Catholic warriors, offering His Heart as a support like a General who brings his troops an invincible new strategic weapon."

"Unfortunately, Louis XIV did not attend to the requests of Our Lord. Yet others did. These were the chouans, those glorious peasants of the Vendée and Bretagne who rose up against the French Revolution in 1793 to fight for the restoration of the Monarchy. On their arms they painted the Sacred Heart of Jesus and on their bodies they bore the badge of the Sacred Heart, popularized by St. John Eudes. Likewise, the Carlists with their red berets and battle cry of “Viva Christo Rey” in the Spanish Civil War of the 1930s put the emblem of the Sacred Heart on their rifles, revolvers, heavy arms and even their tanks."
[https://www.traditioninaction.org/religious/a001rp.htm]

Again, this is a battle cry to spiritual combat against the sins of Francis's Amoris Laetitia and its enablers as well as all sin.

Pray an Our Father now for the sins of Francis's Amoris Laetitia.