Is Newsom a "Racist" whose Democrat & Republican Opponents say is a Disaster on his "COVID and Homelessness" Mishandling? 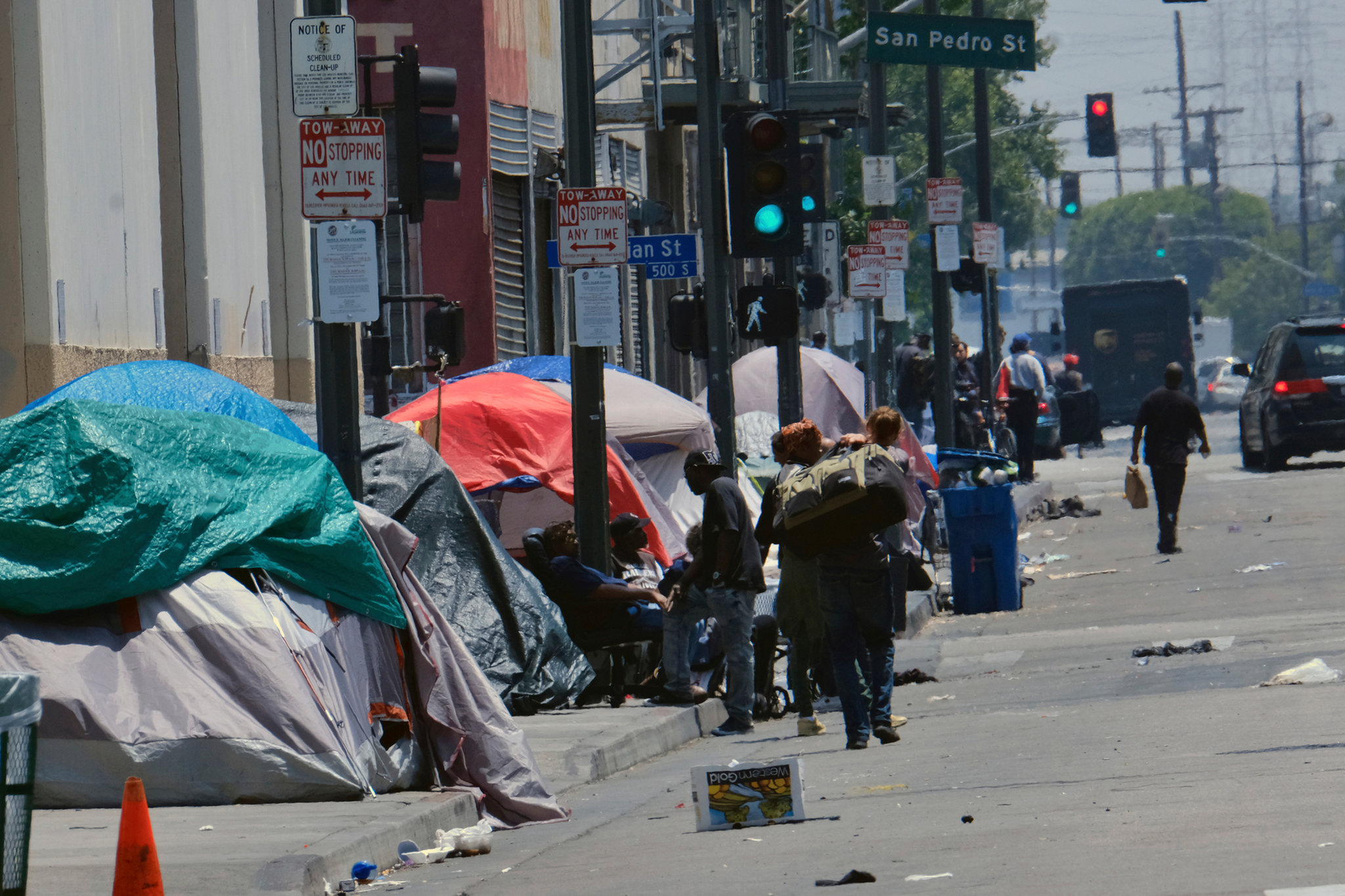 According to their tracker, more Californians currently want to “keep” Newsom in office than “remove” him. But with “keep” averaging 48.8 percent and “remove” averaging 47.6 percent, that’s not enough. If those results hold on Election Day — and that’s a big if, but more on that later — then Newsom would get the boot.

And who would replace him? Probably someone who is averaging just 19.3 percent in the polls — about 30 points lower than the “keep” Newsom option.

That someone, it turns out, is Republican Larry Elder, a Black conservative radio host who was raised in South Central L.A...

...  The next highest finisher in the FiveThirtyEight polling average (with 9.1 percent) is Kevin Paffrath, a 29-year-old YouTuber and real estate broker who has criticized Newsom’s approach to COVID and homelessness and says he offers “neutral, middle-of-the-road solutions.”

Trailing Paffrath is Republican John Cox (6.1 percent), the San Diego businessman and perennial candidate who lost to Newsom by 24 points in 2018 and launched his latest campaign by stumping around the state with a bear. Behind Cox with less than 5 percent support are his fellow Republicans Kevin Faulconer, the moderate former two-term mayor of San Diego; Caitlyn Jenner, the former Olympian and star of “Keeping Up With the Kardashians”; and Kevin Kiley, a state assemblyman representing the northeastern suburbs of Sacramento.

All of them have called for fewer COVID-19 mitigation measures and mandates; all have criticized Newsom for out-of-control homelessness, expensive housing, rising rates of violent crime and high tax rates. [https://www.aol.com/news/gavin-newsom-could-lose-california-090013575.html]

Next question, might Newsom in some sense be a "racist"?

Melissa Tate
@TheRightMelissa
Black people are the most “vaccine hesitant” by race. So all this talk by Democrats about “vaccine passports” to eat, have a job & travel ... is their attempt to reinstitute racism.
8:10 AM · Aug 14, 2021·Twitter for iPhone  [https://twitter.com/TheRightMelissa]

The Washington Examiner also reported that Newsom is in a "[un]holy war against [Mexican] nuns and babies":

Gov. Gavin Newsom, in the name of battling the “patriarchy,” pledges to force nuns in his state to pay for abortions, and he’s furious that federal law constrains him in his holy war...

...  It is illegal in California to buy a health insurance plan without also buying abortion insurance.

That means every insured person and every group buying group insurance is being forced to finance abortion.

What Newsom hates and wants to destroy isn’t abortion restrictions, there are almost none of those in California, but letting nuns insure themselves and their staff without making themselves complicit in abortion.

The Missionary Guadalupanas of the Holy Spirit is an order of nuns in service of the poor that started in Mexico City. U.S. Bishops asked the nuns to come to Los Angeles to help poor immigrants there.

But being pro-life Catholic nuns in Los Angeles is not allowed. If you want to operate in California, you need to buy into Newsom’s morality, which prescribes that abortion financing is good … and therefore mandatory.

The sisters aren’t trying to outlaw abortion. They’re not trying to stop anyone else from buying abortion insurance. They are simply trying to love their neighbors while running their own religious order according to the divine moral law. That is, the sisters don’t want blood on their own hands, even if they know their state government supports abortion." [https://www.aei.org/op-eds/gavin-newsoms-holy-war-against-nuns-and-babies/]

Not only is Newsom apparently at war with Black people and Mexican nuns, but he may lose the California governorship because of his extreme positions on mask mandates and vaccine mandates which are opposed by a large number of Blacks and Hispanics:

Just prior to the start of the first televised debate in the Gavin Newsom recall election Wednesday evening, a shock poll showed the governor losing the first question ("Should Gavin Newsom be recalled?") by double digits.

The poll came from Survey USA and the San Diego Union Tribune, and was conducted among 1,100 Californians from Aug. 2 to Aug. 4. It found that 51% of respondents were in favor of recalling Newsom, while only 40% wanted to keep him in power. The previous Survey USA/San Diego Union Tribune poll from May found 36% in favor of the recall with 47% opposed. [ttps://www.sfgate.com/gavin-newsom-recall/article/poll-Gavin-Newsom-recall-losing-Elder-Paffrath-16364991.php?utm_campaign=CMS Sharing Tools (Mobile)&utm_source=t.co&utm_medium=referral]

Moreover, the liberal California website thought the reason may be the California "mask mandates":

The end-of-July news cycle was dominated by coverage of the spread of the delta variant of COVID-19, and 50% of California's population is now under an indoor mask mandate.

In the Bay Area and Sacramento, some vaccinated residents have spoken out against the new mandates, and it's definitely possible (if not very likely) there's even more opposition to the measures that individuals would rather keep to themselves so as not to get labeled anti-mask.

Newsom himself did not issue any mask mandates, as the California Department of Public Health recommends, but does not require, indoor masks. That change in statewide guidance was accompanied by the governor stating that he supports counties that choose to implement mandates, so the governor can technically be linked to the new mask mandates. [https://www.sfgate.com/gavin-newsom-recall/article/Poll-recall-Gavin-Newsom-Larry-Elder-mask-mandate-16360329.php]

Conservative scholar Dinesh D'Souza reported that "Blacks and Hispanics... have the lowest rates of Covid—9 vaccination":

Which groups are not taking the #vaccines? Blacks and Hispanics. They have the lowest rates of Covid—9 vaccination. But the media pretends like the real culprits are Trump voters. Could this be because it’s easier to chastise and revile Trump voters than blacks and Hispanics? [https://twitter.com/DineshDSouza/status/1424094749393182720]