Black Larry Elder: "Panicked" Newsom "Is this the Best You Can Do? "Proud Boys"? Do I look like a "White Supremacist"?.. Sit Down with a Reporter to Defend your Record on Crime..." 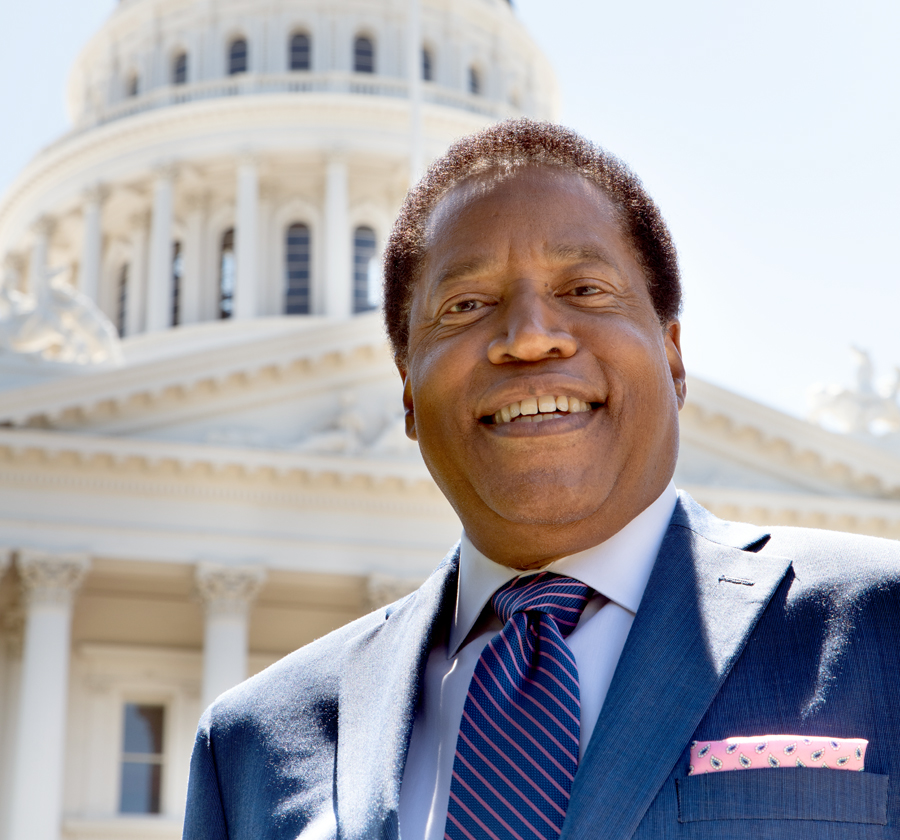 Dear @GavinNewsom,
Is this the best you can do? "Proud Boys"? Do I look like a "white supremacist"?

When will you sit down with a reporter to defend your record on crime, homelessness, cost of housing and how you ignored science and locked down California?

Brooklyn Borough President Eric Adams secured a solid first-place lead in the Democratic primary for mayor because his vow to bolster public safety resonated with a broad cross-section of voters in working- and middle-class neighborhoods throughout the city, Post interviews reveal...

...  Adams received 2,652 votes in the 27th AD, followed by Andrew Yang with 2,395 votes, Kathryn Garcia with 1,510 votes and [AOC backed] Maya Wiley with 1,208 votes. Adams and Yang presented the strongest get-touch on crime messages on the campaign trail.

Indeed, voters said they gave Adams the nod because of concerns over rising crime and a decline in quality of life.

“Normally, I’m not a law-and-order type, but there comes a time when you have to put your foot down,” said Kew Gardens resident Anthony Franzone, 67, who voted Tuesday at PS 99/The Kew Gardens School.

He referenced the shooting murder of a young man at a notorious local hotel early New Year’s morning, which rattled residents who populate suburban-style single-family homes and co-op apartments near Queens’ civic hub — Borough Hall and the state courthouse.

“We need some law and order in the city,” Franzone said...

...  Assemblyman Daniel Rosenthal, who represents the 27th AD and backed Yang, said he was not surprised by Adams’ strong showing on his turf.

“The No. 1 issue I heard from constituents who voted was public safety and quality of life. Eric ran a good race,” Rosenthal said. [https://nypost.com/2021/06/27/adams-anti-crime-message-resonated-with-broad-spectrum-of-dems/]

"Ocasio-Cortez endorsed progressive candidate Maya Wiley and ranked Scott Stringer as her second choice. Neither candidate even advanced to the final round, where Adams faced off against Kathryn Garcia in a close contest." [https://www.foxnews.com/politics/aoc-influence-in-question-eric-adams-nyc-mayoral-race]

Fox Business reported that pro-crime Ocasio-Cortez "wants to spend $2B on protecting herself while dismissing crime surge." [https://youtu.be/biB-SyWG9zU]

Is Gavin Newsom a clone of pro-crime AOC?

It appears that Newsom is pro-crime like Ocasio-Cortez according to Cal Matters:

Early on in his term, Newsom incensed the state’s tough-on-crime voters by halting executions statewide — a decision that got a specific call-out in the recall petition...

... Meanwhile, homicides in California shot up in 2020, though they still remain low by historical standards. Whether that increase is a pandemic-era anomaly or a sign of things to come, it’s another political vulnerability for a governor who has been a stalwart liberal on crime. Recall proponents, who held a July 20 press event at the state Capitol with relatives of murder victims, certainly think so.

Moreover, The Epoch Times reported in an article that Newsom is "'Criminalizing individual participation at a church, synagogue, mosque temple." The article reported that CEO Harmeet Dhillon of the Center for American Liberty filed a lawsuit against Governor Gavin Newsom:

"'Criminalizing individual participation at a church, synagogue, mosque temple or. other houses of worship clearly violates the First Amendment,' Dhillon said. 'If a Californian is able to go to Costco... then he or she must be allowed to practice their faith using the same precautions.'"
(Epoch Times, "Let's Reclaim What is Fundamental," April 16-22, 2020)

Can Newsom be defeated by a Black candidate like Adams who is anti-crime such as the Black Larry Elder?

Yesterday, the Los Angeles Times reported the governor race appears to be a toss up which offers a realistic chance for the anti-crime Black candidate to win over the pro-crime AOC clone Newsom:

A new UC Berkeley Institute of Governmental Studies poll co-sponsored by the Los Angeles Times found that among the dozens of candidates in the running to replace Gov. Gavin Newsom, conservative talk radio host Larry Elder leads the race, with many voters still undecided.

The poll found that 47% of likely California voters supported recalling the Democratic governor, compared with 50% who opposed removing Newsom from office — a difference just shy of the survey’s margin of error. [https://www.latimes.com/california/story/2021-07-27/larry-elder-leads-gop-in-newsom-recall-push-poll-shows ]

Also, the Wall Street Journal in the article "Could Larry Elder Really Replace California Gov. Gavin Newsom" said that attorney Elder who is a bestselling author and popular talk-radio host "leads all other candidates." [https://www.wsj.com/articles/larry-elder-california-gov-gavin-newsom-recall-election-11627422240 ]