"Mask Nazis: Toddlers Are Feeling The Wrath Of Government" Magic "Satanic Coviet Religion" which is "Flagrant Violation of the First Commandment"

The new order, which takes effect on April 26, requires children ages 2 to 4 to wear face coverings...

... J.D. Fisher@j_d_fisher
·
14h
Udder idiocy! The mask is just a power grab by progressives. They think they can makes us do anything they say is for the greater good. So did the fascist in the 1930's. Parents, healthcare workers react to Michigan’s new mask mandate [https://www.blabber.buzz/blab/pop/1026152-mask-nazis-toddlers-are-feeling-the-wrath-of-government-overreach-in-michigan?utm_source=c-alrt&utm_medium=c-alrt-email&utm_term=c-alrt-AOL&utm_content=445hiIGUs4ebZpsxV5xzhBGM.A]

Covidism is a RELIGION, and the mask is a mandatory, visible sign of assent and submission to the satanic Coviet religion.

And THAT, is why the mask is a flagrant violation of the First Commandment. 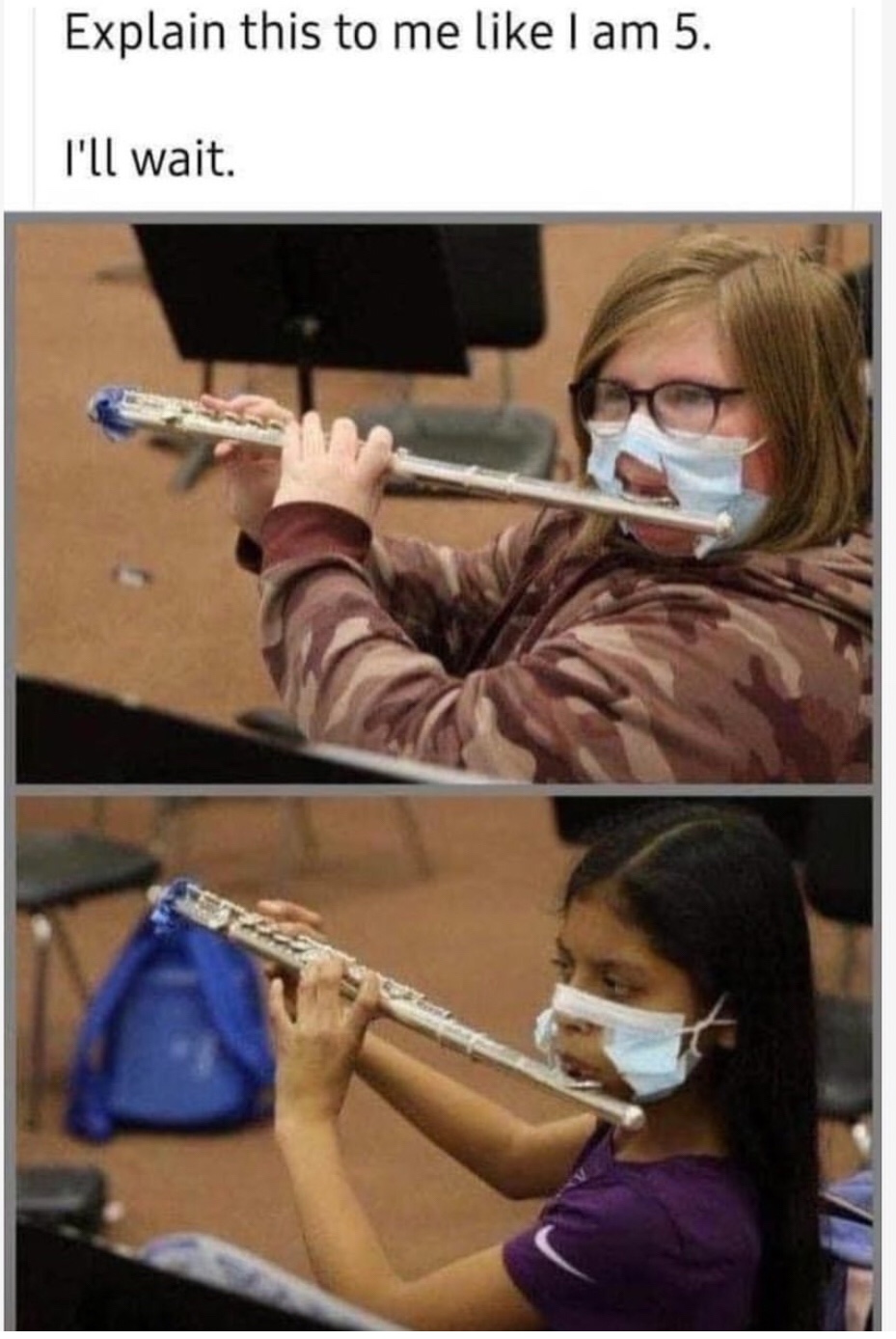 Folks, this isn’t satire. This is real. It also demonstrates beyond any doubt that masks are nothing more than a dehumanizing luciferian religious submission garment. People wear them because they have embraced and converted to the OneWorld Covid religion/political system, and almost all consider the mask to be a talisman that by the power of magic protects them from seasonal respiratory viruses. [https://www.barnhardt.biz/2021/04/18/q-explain-this-to-me-like-im-five-ill-wait-a-sure-no-problem-at-all-covidism-is-a-religion-and-the-mask-is-a-mandatory-visible-sign-of-assent-and-submission-to-the-satanic-co/]