Electoral Disaster: "The GOP Establishment and the Lack of Trumpism is the Problem"

Without Donald Trump the GOP is finished as shown when the two RINO Senate candidates in Georgia waited until it was too late in the contest to support Trump against the Biden Steal:

"Returning to the GOP of old would lead to electoral disaster. Trumpism is NOT the problem. The GOP Establishment and the lack of Trumpism is the problem." [https://twitter.com/RedEaglePatriot/status/1357509392313307141]

The more right-wing populist districts in Georgia stayed home in the runoffs, handing the Dems the Senate. The GOP Establishment needed to answer to their constituents if they wanted to win, they didn't, and thus gave zero reason for people to to vote for them. 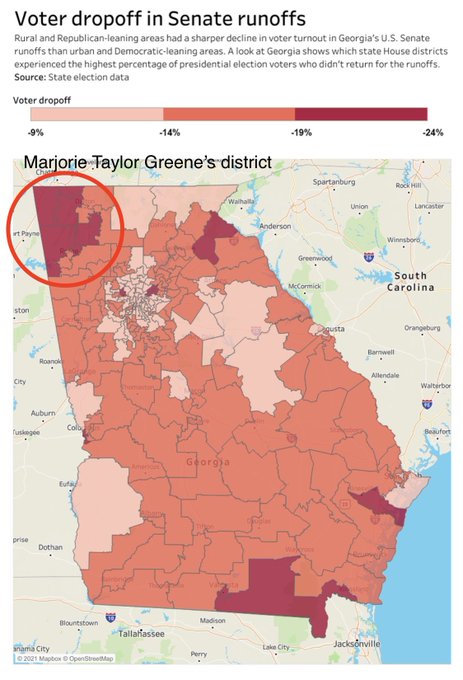