Below is the great St. Corbinians Bear's Independence Day post. For some reason the Bear's blog is not coming up when I google it, so here is a link:

By now you have heard many argue Jorge Bergoglio is not the Pope. The idea that Benedict never effectively resigned has built up some steam. Recently, Dr. Edmund Mazza has caused a stir with his theory that the office of Bishop of Rome and Pope can be split--and was--upon the resignation of Pope Benedict.

The Bear was a criminal defense lawyer. He isn't a canon lawyer, can't think like they think, doesn't know the rules, and respects his ignorance of legal specialties. So he just won't get into it, anymore than he would expect to see Dr. Ed Peters defending a DUI, let alone first chair in a death penalty case.


But there are two mixed question of fact and law: (1) Pope Benedict was coerced, or (2) had a misunderstanding about the completeness of his resignation. For the sake of argument, let's say either of these would invalidate his resignation of February 28, 2013. (Has it really only been that long ago?)

The first involves speculation: Benedict may have been coerced, but, if so, the evidence hasn't surfaced.

The second argument does not require speculation, since we can draw reasonable inferences of fact from his behavior. If this would make the resignation invalid, then the Bear thinks it likely Benedict did not have the requisite intent to fully resign, did not resign and Jorge Bergoglio is not Pope. But even this depends on canon law for the state of mind requirement.

And, as bad a Pope as we may have is, as a practical matter he enjoys an almost invincible presumption of legitimacy by now. But there's no law against being a bad Pope. The Bear cannot recall an unambiguous, formal declaration of heresy. But, that is not the way Modernists operate. See, Pope Pius X, Pascendi Dominici Gregis (1907) on their doublespeak. 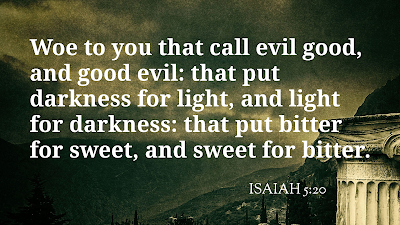 So, the following argument is not legal, or even logical: call it rhetorical. The Bear calls it the "Seriously?" argument.

It is certain there will be another conclave in 2020. Or 2021. Soon, anyway. The Bear hopes the Church--including the Cardinals--have been given this glimpse of a Full Metal Modernist Bishop of Rome as a warning. If they continue by electing another, they have no excuse.

Pope Benedict XVI has conducted himself in a manner he knows can only confuse the faithful. He still wears white, has a papal ring, confers the Apostolic Blessing, and even calls himself Pope. (Yes, he adds "Emeritus" to that, a title that did not exist before he invented it.) This is just bizarre.
While the exact number may be debatable, it's generally held that only four of what we'll call 266 popes have resigned, the last Celestine V in 1294. Benedict would be the first in 700 years.

Let that sink in.

And Benedict would be the only one to stick around dressed up like a pope, exercising some sort of co-papacy of contemplation and prayer. In the Navy, a change of command is one of the most solemn and traditional ceremonies in the most traditional branch of service. The old skipper doesn't remain on the ship as "Captain Emeritus." That would be unsettling, to say the least.

Celestine V fled Rome after his resignation, but was captured and imprisoned by his successor. He did not stay on as "Pope Emeritus." None of the other popes who resigned did. It is unprecedented.

The stated reasons were age and health, ("Resigned for health reasons" is usually code for something else, but let's take him at his word.) Yet he was close to his predecessor, John Paul II, who allowed neither age nor health to cause him to abandon his post. It seems odd for Benedict to flout such a precedent.

It would be a wonder in Church history if Pope Benedict did resign. To stay on as "Pope Emeritus" to the confusion of the faithful would be unprecedented. To do so under a cloud of scandal, just after receiving the findings of an investigation he ordered makes it suspicious. The more you think about it, the more you realize just what a jaw-dropper it is.

This resignation--all by itself--is an unprecedented event in Church history. Unique, even.

Jorge Bergoglio, stupor mundi, arrives on the stage of history at the same time Benedict resigned, amidst signs and portents. From his first appearance, he confused the faithful by referring to himself as "Bishop of Rome." Was the Bear alone in wondering, "Okay, so when do we get to see the Pope?"

He still has an aversion to titles, as the 2020 Vatican Yearbook shows, listing himself as Jorge Mario Bergoglio and putting "Vicar of Christ" and other historical titles in a footnote at the bottom. Isn’t that strange? Moreover, strangely honest? All it needs is an asterisk, like Barry Bond's dubious home-run record-breaking ball.

He has been the Pope most destructive of the faith in 2000 years of Church history. From coprophagic insults, to Amorous Laetitia, to the Abu Dubia Three Great Abrahamic Religions Worship Center and Waterpark, and Pachamama because God wills diversity in religion, and on goes the breathless list. It would take a book to contain all his scandals. In fact several have been written.

Francis--all by himself--is an unprecedented event in Church history. Unique, even.

The resignation of Pope Benedict XVI, under a cloud, then hanging around as "Pope Emeritus," is staggering enough, but the Bear could accept one major, unprecedented historical event. After all, weird things do happen.

But then there is Francis, too.

Now the Bear’s sense of coincidence is tested. The words "unprecedented," and "major historical event," and "unique" mean things that rarely happen, or have never happened before. Example: Francis the Terrible, the Indifferentist, the Globalist, the Mocker. The Modernist who, like a squid, hides heresy with a cloud of the ink of orthodoxy when necessary.

When two such events happen together, what are we supposed to say?

The Bear can only say, "seriously?" You seriously want us to just put aside all the weirdness going on in different quarters and whistle a happy tune? The Bear passes over the destruction of Catholic statues, the worldwide pandemic that has closed all the churches and denied the sacraments to all the faithful for the first time in history, and everything else: things that can't be blamed on Bergoglio directly, but are part of the weirdness.

It is as if the gates of Hell have been opened.

We just happen to have the worst Pope in 2000 years in Francis, but also a second "Pope Emeritus” whose resignation is sufficiently doubtful so as to cast doubt on whether we ever had a Pope Francis in the first place.

Maybe with an asterisk.
[https://stcorbiniansbear.blogspot.com/2020/07/the-seriously-argument-for-pope.html]


Pray an Our Father now for the restoration of the Mass and the Church as well as for the Triumph of the Kingdom of the Sacred Heart of Jesus and the Immaculate Heart of Mary.

July 08, 2021
I have read the letters of your piety , in which you have requested me to make known to you the events of my times relating to myself, and to give an account of that most impious heresy of the Arians , in consequence of which I have endured these sufferings, and also of the manner of the death of Arius . With two out of your three demands I have readily undertaken to comply, and have sent to your Godliness what I wrote to the Monks; from which you will be able to learn my own history as well as that of the heresy . But with respect to the other matter, I mean the death, I debated with myself for a long time, fearing lest any one should suppose that I was exulting in the death of that man. But yet, since a disputation which has taken place among you concerning the heresy , has issued in this question, whether Arius died after previously communicating with the Church ; I therefore was necessarily desirous of giving an account of his death, as thinking that the question woul
1 comment
Read more