Might the Francis Revolution be about to "Devour... their Own Children" starting with Francis's "Very Close Friend... Opus Dei"?

The take away from the Francis hit job on Fr. Frank Pavone for all conservative and Trad Francis Catholics is that championing Francis's Amoris Laeitita doesn't mean you are safe anymore:

Why Revolutions devour their own ... 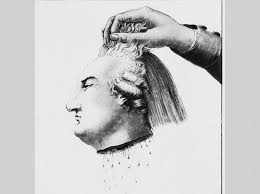 Guillotined In The French Revolution ...

Revolutions Devour Their Own Children:

The French Revolution is an example of revolutions killing their members... Robespierre, the man who started the reign of terror and one of the men who had a major part in the rise of the revolution was guillotined along with other famous men of the revolution like Jacques Danton. Danton and Robespierre were famous for being bitter rivals and Robespierre had him executed, but Danton foreshadowed Robespierre’s own death. As he was passing by Robespierre’s house on his way to his execution he said “You will follow us shortly. Your house shall be beaten down and sowed with salt (Purcell).” Danton’s prophecy was proven true, first the Girondins fell then Danton and Finally Robespierre and all his followers. The revolution had eaten its children.  - UK Essays [https://www.ukessays.com/essays/history/revolutions-devour-their-own-children-history-essay.php]

First they came for the traddies, and I did not speak up, because I was not a traddy. Then they came for Opus Dei... [https://www.gloria.tv/post/Zyx1kCyY88mN4JRGTCGCdgQfU]

It appears that the Francis Revolution is starting to eat its own children starting with Opus Dei as the following Traditionalists quotes explain:

-  Give us a break: this is revenge, Jesuit revenge, Peronist revenge. And this despite the fact that Opus Dei has been submissive to every whim of Francis from day one. Once again, with this thousandth motu proprio, the Jesuit coterie of perverts currently running the central offices of the Church want to make it clear to everyone: no matter how powerful and wealthy and sheepish and quiet you are, they are in charge. And they won’t leave you alone. - Rorate Caeli [https://rorate-caeli.blogspot.com/2022/07/jesuit-pope-downgrades-opus-dei.html]

-  First, despite the early talk about decentralizing power from Rome, what we have seen again and again is concentration of more and more control in Rome.  If this reign of Francis is about anything, it is about centralizing control.

Second, the structure of the “personal prelature” was often thought of as a solution for traditional groups, including the SSPX.    This, therefore, does not bode well for any traditional group.  In other news, water is still wet.

Third, this could also smack of caudillo-like revenge: more and more it seems that members of Opus Dei are not entirely thrilled with all that Francis does. Fr. Z [https://wdtprs.com/2022/07/francis-weakens-the-opus-dei-personal-prelature/]