"Church teaches that those who collaborate with the Communists are Excommunicated Latae sententiae. Bergoglio [Francis] Accomplice of Communists" 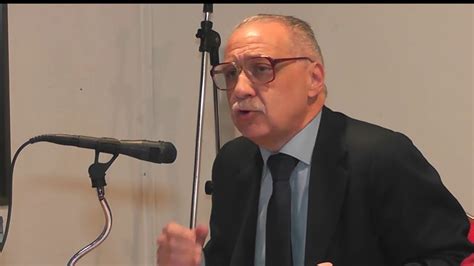 Argentine Author on Pope Francis: Viganò Is Speaking the Truthchurchmilitant.com..."Dr. Antonio Caponnetto, an accomplished Catholic historian and doctor in philosophy from Buenos Aires"

Argentine historian and philosopher, Dr. Antonio Caponnetto, stated on YouTube that Francis is a "collaborator of Marxists":

In 2018, Church Militant reported Caponnetto "knows more about Pope Francis when he was Cdl. Jorge Bergoglio than anyone else":

Dr. Antonio Caponnetto, an accomplished Catholic historian and doctor in philosophy from Buenos Aires — and one who knows more about Pope Francis when he was Cdl. Jorge Bergoglio than anyone else.

Caponnetto is a prolific researcher and lecturer who's written extensively about liberation theology in South America, but is mostly known for his book La Iglesia Traicionada (The Church Betrayed), a first-hand account of living under the reign of Cdl. Bergoglio during the period he was archbishop of Buenos Aires. The book was published in 2010, three years before Cdl. Bergoglio became Pope Francis, and has been quoted in a book by Italian Catholic historian Roberto de Mattei as well as by Henry Sire in his bombshell book The Dictator Pope.
Dr. Antonio Caponnetto then wrote a second book about Pope Francis in 2017 called No lo conozco: Del Iscariotismo a la Apostasía (I Don't Know Him: From Iscariotism to Apostasy), in which he consolidated his knowledge of Pope Francis' modus operandi, this time evaluating the pontificate...
...  Dr. Caponnetto also mentions several of Bergoglio's liaisons with enemies of the Catholic Church: "A first example is ... Esther Ballestrino de Careaga. This woman and her entire family were activists of Marxist terrorism in Paraguay. Careaga was among the founders of the group 'Mothers of the Plaza de Mayo' ... whose real mission was international Marxist guerrilla. But for Bergoglio, this 'sympathiser of Communism,' in his own words, is 'an extraordinary woman,' who 'taught me so much about politics.'" [https://www.churchmilitant.com/news/article/argentine-author-on-pope-francis-vigano-is-speaking-the-truth]
La Verdad Prevalece says that the "Church teaches that those who collaborate with the Communists are excommunicated Latae sententiae. Bergoglio Accomplice of Communists - hid Marxist books in the Jesuit library":

The Church teaches that those who collaborate with the Communists are excommunicated Latae sententiae. Bergoglio Accomplice of Communists - hid Marxist books in the Jesuit library.
Bergoglio accuses the political prisoners who fought against Communism with crimes of Lesa Humanity while defends Marxist terrorists
Feb 28
Pope Pius XI– The Communist system, with its authors and abettors condemned
-Communism is intrinsically wrong and no one may collaborate with it in any undertaking whatsoever
Congregation for the Doctrine of the Faith– Formal prohibition to join or favor Communist Parties – latae sententiae excommunication
Pope John XXIII– No Catholic can subscribe even to moderate Socialism – opposition between Communism and Christianity is fundamental. [https://gloria.tv/post/G3qmGidQvR4a6MH2VehUgVsAT]