"'War' against Russia in favor of the Ukraine Corruptocracy is Insane... they are just waiting for us to commit Final Suicide for the sake of that Wicked, Perverse 'Government'". 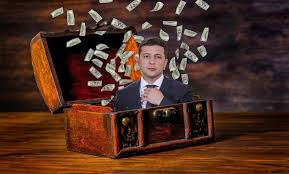 The following is written by a friend of The Catholic Monitor, Aqua, who is a frequent commenter in the Monitor:

When all the chest pounding and false bravado is not even a distant memory but flushed down the memory hole for good, what will remain is the new order of nations - realigning in real time right before our eyes.

And now, as we threaten war, impose sanctions, close diplomatic doors we see that we are alone. Our former allies are not afraid, they are kind of laughing at us - they are not with us as we stand exposed making all sorts of unsustainable claims about our intentions and demands. The ones that matter - Russia, China, India, Brazil - are standing together on the other side of our line kind of having a diplomatic party amongst themselves. The ones that matter less - Europe, Mexico, Israel, Arab bloc - are making nice with the other fellows. Those bankers and financiers that are behind the owg movement are watching the collapse of the old order and waiting.

This is not good, at all.

This is why I say "war" against Russia in favor of the Ukraine Corruptocracy is insane. Because, everyone knows we can't win. We are at the end of our empire and they are just waiting for us to commit final suicide for the sake of that wicked, perverse "government". Wars come and go - people die, things break, and then it's over. But the economic-diplomatic-governmental order of nations endures in ways that matter over generations and I fear we are witnessing a tectonic realignment in real time.

The economy matters. Our political system matters. Our Catholic Church (spiritual power behind the political "thrones" and the individual lives they govern) matters. This war, even just the threat of it, is suicide. We are exposing ourselves as an empty shell.

We need to get back to basics. We should never go to war again until we return-learn what is worth fighting for. We have lost our way, some time ago ... probably 60 years ago when Kennedy was assassinated for standing athwart the mil-industrial complex. We need to re-learn our patriotism and take back our government if our nation is to have a chance to endure. [https://www.thecatholicmonitor.com/2022/03/brainless-biden-eu-seizing-russian.html]