Our Lady of Fatima's Remedy to the Francis/Biden Crisis: "The Rosary, Consecration to her Immaculate Heart (symbolized by wearing the Brown Scapular), & the Loving performance of our daily duties" 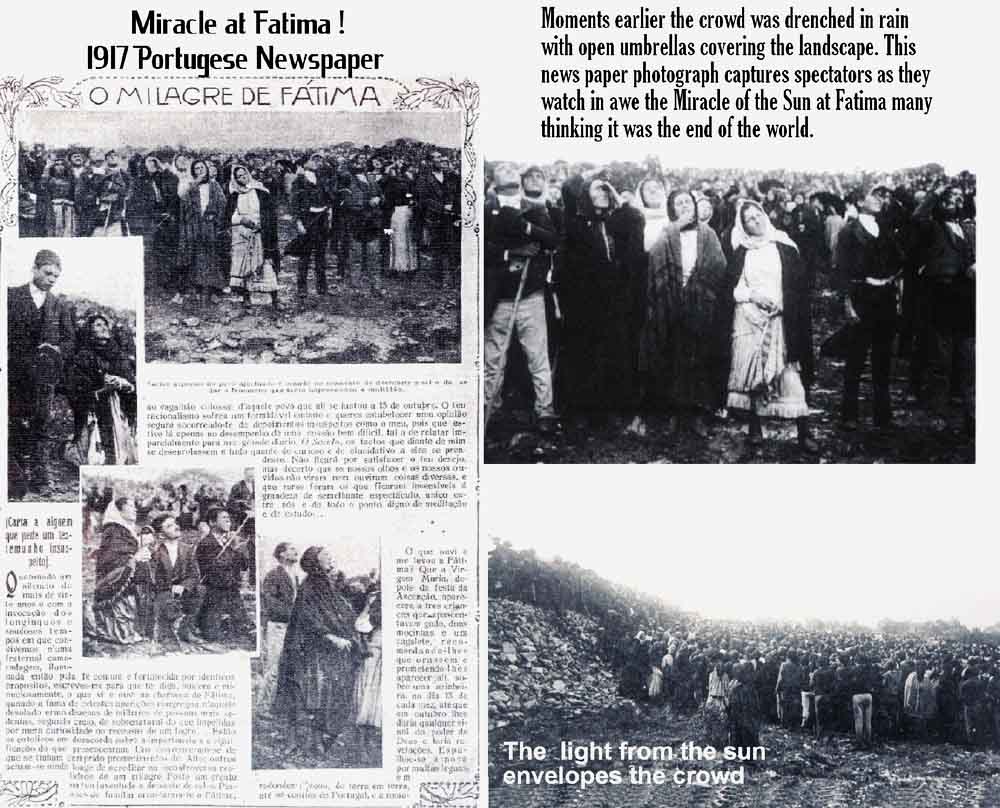 Remember Our Lady at Fatima to Lucia, Francisco, and Jacinta and they saw St. Joseph in the sky, holding the Child Jesus. Monsignor Joseph A. Cirrincione's book called St. Joseph, Fatima, and Fatherhood, offers remedies for the current crisis in the Church and society:

The role of the priest in relation to Christ is strikingly analogous to the role of St. Joseph in relation to God the Father. Just as the Eternal Father willed to share His Fatherhood with St. Joseph...so Jesus willed to share His Fatherhood with the priest.... (p.28)
Likewise, "the sun stands out in a special way as a symbol and figure of God, and also of His Church...." Monsignor goes on to say that at Fatima "the 'miracle of the sun' represents not so much a threat of evils to come as it does a foreshadowing of the dethronement of God the Father, and an intimation of the appalling consequences inevitably to follow." One month after the "dance" of the sun in Fatima, the Communists took control of Russia.

The combination of atheism and secularism-- which practically speaking amounts to the universal and official rejection of the Fatherhood of God by mankind across the entire face of the earth....And I believe it was foreshadowed by the 'miracle of the sun' at Fatima in 1917.

Rejection of the Fatherhood of God by the vast majority of mankind inevitably has set in motion a chain reaction of consequences affecting fatherhood under every aspect that we have considered here. The notion of fatherhood in many families, for example, has been reduced to a biological fact. And the role of the father as the head of the family has completely gone out of style...the disintegration of the family inexorably and inevitably is leading to the disintegration of society itself....But the spirit of anti-fatherhood has entered even the Catholic Church. Recognition of the fatherhood of the Vicar of Christ...has eroded to an alarming degree...the role of priestly fatherhood is now coveted by women, seeking to escape the noble destiny which God has prepared for their sex, but which nevertheless they are taught to regard as drudgery. (pp.40-41)

Our Lady of Fatima's remedy for societal and moral ills is the prayer of the rosary, consecration to her Immaculate Heart (symbolized by wearing the brown scapular), and the loving performance of our daily duties. It is becoming increasingly more difficult for Christians to perform the most basic duties of their individual states of life. Yet it is the fulfillment of our ordinary duties upon which our salvation depends. Let us have an ever increasing confidence in the prayers and protection of the Mother of Mercy.  [http://teaattrianon.blogspot.com/search?q=Joseph+A.+Cirrincione]