Does the World Catholic Report's Carl Olson believe the Heresy of Communion for Adulterers is Magisterium? 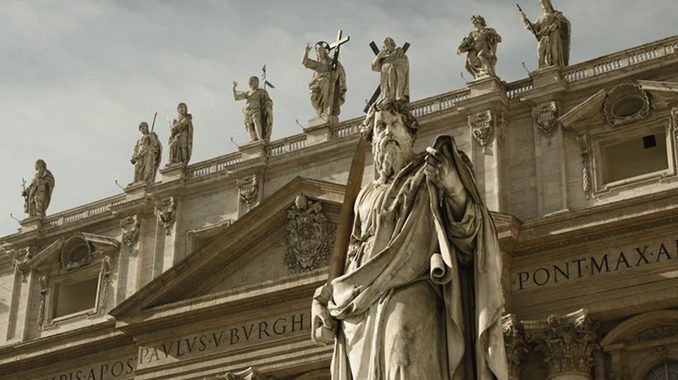 - THERE HAS NEVER been in the history of the Church a time where the sacrament of the Eucharist has been abused and outraged to such an alarming and grievous extent...  The height of the abuses of the Holy Eucharist is seen in the admittance to Holy Communion of couples who are living in a public and objective state of adultery, violating thereby their indissoluble valid sacramental marriage bonds, as in the case of the so-called “divorced and remarried”, such admittance being in some regions officially legalized by specific norms, and, in the case of the Buenos Aires region in Argentina, norms even approved by the Pope. - Bishop Athanasius Schneider [https://onepeterfive.com/bishop-schneider-launches-international-crusade-of-reparation-for-eucharistic-abuses/]

-  "Whoever thinks that persistent adultery and reception of Holy Communion are compatible is a heretic." - Cardinal Walter Brandmuller [https://www.lifesitenews.com/news/dubia-cardinal-anyone-who-opens-communion-to-adulterers-is-a-heretic-and-pr]

- "Responding faithfully to the trans-temporal magisterium of the Church (and not just to the magisterium of one's own time) requires holding in view two other principals of interpretation. First, 'the minor gives way to the major.' Second, the 'one gives way to the many.'.. Thus, Amoris Laetitia cannot supersede the encyclical Veritatis Splendor... One must privilege the harmony of the many pontificates in union with each other, and their unanimity with the Fathers and Doctors of the Church over the one seemingly dissonant voice." - Villanova University theologian Jessica Murdoch (First Things, "Creeping Infallibility," 9-27-16)

Does the World Catholic Report's editor Carl E. Olson believe in the heresy of Communion for adulterers?

In 2017, Olson posted the confusing article "On non-infallible teachings of the Magisterium and the meaning of 'obsequium religiosum'” by Dr. Jeremy Holmes. He got push back. Here's a small sample:

Dear Dr. Holmes, Wonderfully academic but how do I apply any of this to Pope Francis? Have I left the Church because I think the Pope is in serious error, teaching serious error, and driving error throughout the faithful? Does my salvation depend on accepting that adultery is only a serious sin in select situations? Why did you write this – – to cause more confusion?

What, exactly, is confusing about Dr. Holmes’ essay?

“Sometimes the Church speaks infallibly, putting her entire office at stake and forcing a Catholic to choose: union with the Church or estrangement? Sometimes the Magisterium invests its office not entirely, but substantially. At other times, the Magisterium puts its office behind a given statement only in a small way. These differing levels of authority are there both for the faithful and for the Magisterium itself, to make its moral authority workable.” Pope Francis states that ‘his magisterium’ is completely understandable and insists in written letter that the Malta, German, etc interpretation is the only one to be accepted. So what is confusing? If my superior military officer orders me to kill an unarmed combatant our a civilian, I must disobey that order. But that example was not an option in Dr. Holmes analysis. So if I must obey/honor Pope Francis magisterium but I’m unable to accept it, have I lost my soul? Possibly I simply don’t understand. [https://www.catholicworldreport.com/2017/12/30/on-non-infallible-teachings-of-the-magisterium-and-the-meaning-of-obsequium-religiosum/]

This is important because recently Life Site News reported on assent to the magisterium:

Superiors from twelve Latin Mass communities have issued a joint official statement to Pope Francis and the French bishops in response to Traditionis Custodes... In one passage, the signatories reaffirmed their “adherence to the magisterium (including that of Vatican II and what follows), according to the Catholic doctrine of the assent due to it." [https://www.lifesitenews.com/news/leaders-of-ecclesia-dei-communities-rhetorical-judo/]

"Responding faithfully to the trans-temporal magisterium of the Church (and not just to the magisterium of one's own time) requires holding in view two other principals of interpretation. First, 'the minor gives way to the major.' Second, the 'one gives way to the many.'.. Thus, Amoris Laetitia cannot supersede the encyclical Veritatis Splendor... One must privilege the harmony of the many pontificates in union with each other, and their unanimity with the Fathers and Doctors of the Church over the one seemingly dissonant voice." (First Things, "Creeping Infallibility," 9-27-16)

The article shows that to disbelieve papal teachings that are dissonant from every single magisterium teaching in the history of the Church is the only way not to "call into question the teaching authority of previous popes and the entire fabric of Catholicism."

Resisting such dissonant papal teachings, as Amoris Laetitia, is the only way not to bring about "dissolution, confusion, and death" into the Church.

In the same article, Murdoch said:

"By contrast, doctrinal evolution in which a new teaching sublates and eliminates the earlier teaching in a quasi-Hegelian fashion breeds dissolution, confusion, and death."

On December 23, 2016 Cardinal Walter Brandmuller, one of the four Cardinals of the dubia, said:

"Whoever thinks that persistent adultery and reception of Holy Communion are compatible is a heretic."[https://www.lifesitenews.com/news/dubia-cardinal-anyone-who-opens-communion-to-adulterers-is-a-heretic-and-pr]

Pray an Our Father now for the sins of Francis's Amoris Laetitia.