Flashback: Why are Cdl. Burke & the Francis Catholic Media like the Leashed Dog in the Foghorn Leghorn Cartoon? 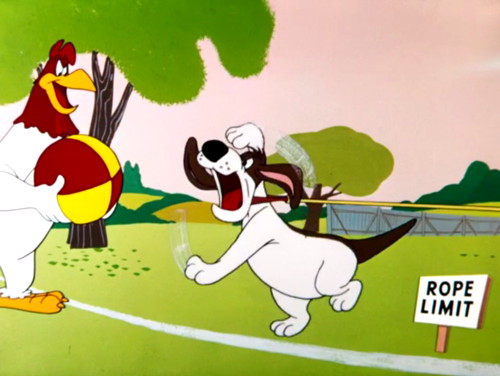 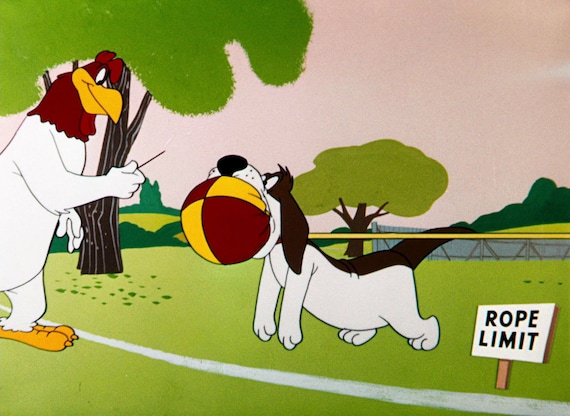 In the old Warner Brothers cartoon the rooster Foghorn Leghorn's archenemy George P. Dog was on a leash which meant he could only go as far as the length of the rope leash and had to stop.

Why are Cardinal Raymond Burke and the Francis conservative media as well as Traditionalist Catholic media such the Remnant's Michael Matt like Leghorn's archenemy George P. Dog not allowed to go passed the line with the sign that reads "Rope Limit"?

Why is the once talked about Formal Correction of Francis by Burke and the so-called faithful Catholic media now beyond the "Rope Limit"?

Why is even discussing the possibility of an imperfect council and/or a cardinal and bishop investigation into the Francis conclave and Pope Benedict XVI resignation beyond the "Rope Limit"?

Who and/or what has made Cardinal Burke and the so-called faithful Catholic media into George P. Dog with a rope leash and a "Rope Limit."

Why are they forbidden to even give reasoned arguments, instead of straw man arguments that don't counter our stated dissertations or name calling, against Bishop Rene Gracida and Latin language expert Br. Alexis Bugnolo who put forward serious reasoned dissertations from canon law and Pope John Paul II's conclave constitution?

If they really think we who follow Bishop Gracida, Br. Bugnolo and others are wrong and headed to hell for being in schism from Francis then out of simple charity for our souls they should counter our dissertations and arguments.

If they really believe we are wrong and headed to hell and refuse to seriously give us real arguments then they apparently have lost the supernatural virtue of charity.

If they really believe what they say then for charity's sake they should attempt to save us from hell for being in schism from Francis:

Soon we will be to be too big to ignore.