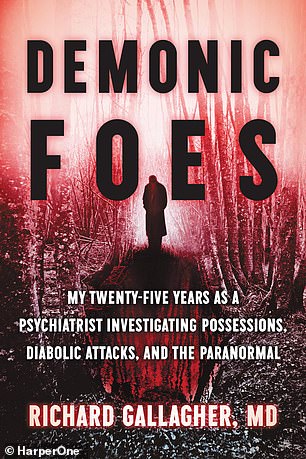 "Some demons exhibit a strong strong sense of entitlement, maybe the chief personality feature held in common by demons...  demons have been known to claim outright "legal' rights over the possessed" (Page 143)

Of world leaders, apparently the person who uses "rights talk" the most is Francis as he showed again yesterday. [https://aleteia.org/2021/04/06/popes-april-prayer-intention-basic-human-rights-for-all/]

Is "rights talk" some "kind of deformed variety of Christian thought"?

Peter Toon said "rights talk" may be "deformed" Catholic thinking and Protestant "individualist[ic] reading and interpreting [of] the Bible":

French scholar, Michel Villey, who studied the origins of “rights talk” in the late medieval period, held that while rights theories are derived from Christian morality, they are an aberration, a kind of deformed variety of Christian thought.

A careful student of modern Catholic “rights” language and claims is left wondering whether anything of lasting value has been achieved by the adoption and use of them. This is because it seems to be nearly impossible to use consistently a Christian “rights” language that has a totally different foundation from the “rights talk” in normal use in the political and social spheres. It is to be noted that the Catholic Church can and does already make the same points concerning the dignity and worth of man through and in Jesus Christ, the new Adam, without using “rights talk.” However, the “rights” language is now incorporated in The Catechism of the Catholic Church as official teaching and thus seems to be here to stay. Time will tell whether it is a huge mistake or a winning number.

Popes before this century refused to use “rights talk,” seeing it as an aberration of the Enlightenment. And of course those influenced by Leo Strauss (e.g., Walter Berns in his In Defense of Liberal Democracy, 1984) have maintained that the very idea of natural rights is incompatible with Christian doctrine.

Turning to conservative Protestants and biblically-minded Evangelicals, it seems that they have absorbed much from the “rights talk” of Western culture. This can be seen via a careful analysis of some of their modern biblical paraphrases where “rights talk” comes into the translation, of their claims concerning individualist reading and interpreting the Bible, of their ways of speaking of their “relationship” with God in “my quiet time,” of their developing teaching and practice of divorce and second marriages (serial monogamy). [https://www.touchstonemag.com/archives/article.php?id=11-06-031-f]

Brian Tierney holds that there are three views of "rights talk" among academics on the subject:

"Even among those who agree that the idea of natural rights is distinctively Western in origin, there is still no agreement about the relationship of rights theories to the whole tradition of Western culture. There seem to be three distinct schools of thought, at least. Some, like Maritain, would hold that the idea of natural rights was always implicit in Judeo-Christian teaching on the dignity and value of the human person. Another school of thought maintains that modern rights theories had a specifically seventeenth-century origin. C. B. MacPherson associated such doctrines with the nascent capitalism of the age. Leo Strauss emphasized the scientific materialist philosophy of Hobbes and concluded that the idea of natural rights was alien to the earlier classical and Christian tradition. Disciples of Strauss, like Walter Berns, will still write, "The very idea of natural rights is incompatible with Christian doctrine." Yet a third school, represented by Michel Villey, who has written many books and articles on this theme, holds that the idea of subjective rights was indeed derived from Christianity but from a distorted and aberrant form of Christian thought, specifically from the fourteenth century nominalist and voluntarist philosophy of the Franciscan William of Ockham. Villey dislikes all the modern talk of rights. Like Mcintyre, he sees it as only a form of mindless subjectivism. According to Villey, the good old tradition was represented by Thomas Aquinas, and it emphasized natural law and the common good, not selfish egotistical individual rights. Then along came Ockham. His nominalist phi-losophy naturally inspired an individualistic political theory. Ockham, Villey wrote, was the father of subjective right." [https://chicagounbound.uchicago.edu/cgi/viewcontent.cgi?article=1012&context=fulton_lectures]
Francis Notes: