In Honor of the Tiber Cristeros here is the Play about Fr. Pro & the Original Cristeros

November 02, 2019
All faithful Catholics who stand in solidarity and support of the heroes called "Cristeros" who extracted the sacrilegious pagan idols in the Vatican and plummeted them into the Tiber River are now called "I am Cristeros."

In honor of the new "Cristeros," I thought I'd give a taste of the original Cristeros and Fr. Miguel Pro by giving a preview of a draft of a prologue for a play I did that playwright Cal Gallagher hammered out into a real play called "Viva Cristo Rey!" and honored me by saying I was co-playwright:

The child, Miguel, is in a bed coughing. His Dad is silent, his Mom (Josefa) is crying and an arrogant doctor is standing by her. There is a big picture of Our Lady of Guadalupe in the room.

Josefa (Crying)-His burning up! Miguel is going to die!

Don Miguel-He will not die, yet!

Josefa-Are you crazy! Look at him!

Doctor Mateo-She’s right. His death is imminent. Get a priest, now!

Don Miguel (Goes to his wife and hugs her)-Not yet!

Don Miguel (Moving away from his wife he goes to his son and picks him up.)

Doctor Mateo-Put him down, now!

Don Miguel (Ignoring the doctor, he carries his son to the image of Our Lady of Guadalupe and cries out)-My Mother give me back my son!

Miguel (Silence for three to six seconds, then, the boy shudders and vomits a bloody mass of phlegm.)

Don Miguel- He will not die, yet.

Doctor Mateo (The doctor moves to Miguel and puts his hand on his forehead.)-The fever is gone.

Miguel- (Stands and hugs his Dad.)

Josepha (Comes and hugs both Don Miguel and Miguel.)

Here is a email exchange Cal and I had about Miguel Pro's cousins opinion of the play:

Thanks be to God. Keep up the good work. You are in my prayers.

Just back from LA. We did two encore performances Saturday
of Fr. Miguel Pro play at San Gabriel Playhouse. Great turnout.
500 at Matinee and over 600 at evening show. Fine theater with
Box Seats etc.

Miguel Pro's cousins in attendance. Needless to say I was a bit
concerned about their reaction. But they loved the play and thanked
everyone involved. See you at the next meeting.

“Although I have read the story of Fr Miguel Pro and his martyrdom, no book compares with watching the play performed by the GK Chesterton Theatre Company.

Absolutely riveting, I was on the edge of my seat. When it was all said and done, my faith was renewed, revived and taken to another level.

This play transported me back in time and I felt like I was there. What a roller coaster ride!”


“After many years of reading the life of Bl. Miguel Pro and his brave effort to minister to all Catholics during the most-fierce persecution Mexico has ever seen,

I found myself in complete awe of the work of art Viva Cristo Rey truly is.

As I followed each scene with excitement and joy, I came to realize that it was as if Fr. Pro had been brought back to life!!


A Catholic California playwright says that theatre is “the grassroots of entertainment” that can have a “profound impact” on young people. He points to his own plays and productions as examples of efforts to bring portrayals of heroism and sanctity to the secular culture. 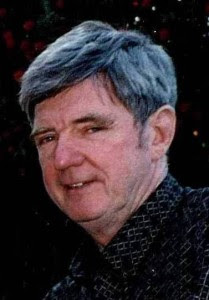 Cathal Gallagher, author of more than ten plays, was born in County Donegal, Ireland in 1938. He served in the U.S. Air Force and lived in Denver, Colorado before moving to San Jose, California in 1963.

In a Tuesday e-mail interview he told CNA that he had been writing comedies for the stage when he read about Cardinal Josef Mindszenty, a Hungarian prelate who suffered under Communist persecution. Gallagher said he was so moved by the cardinal’s heroism that he decided to write a play about him.

Though Gallagher had thought he could submit the play to a Catholic theatre company, he could not find one. This led him and some fellow playwrights and directors to found Quo Vadis Theatre Company.

Gallagher explained that the company decided to put on its plays in city theatres, not church halls.

“By staging plays about heroic characters, it enabled us to engage the secular culture,” he told CNA, saying his choice of venue exposed many theatergoers to Catholic saints and martyrs for the first time.

Gallagher also sees his work as a way to evangelize.

“A Hollywood producer has stated that movies have more influence on kids than parents do.

“I would go further. We have lost our youth to entertainment. They have been swallowed by the culture. It’s going to get worse. I have seen some Hollywood scripts and they are atrocious.

“Our answer is to show heroic characters on stage. Young people imitate their heroes.”

While movies cost millions to make, plays are the “grassroots of entertainment,” Gallagher explained. He noted that they can have a “profound impact” on college and high school students.

“Great plays become movies and then DVDs and enter the marketplace of ideas,” he added.


Last year, urged by some Los Angeles-area Catholics to go “right to the heart of Tinseltown,” Gallagher and his son Peter founded G.K. Chesterton Theatre Company in Santa Monica.

Because some non-Catholics would not attend a Quo Vadis production, the new company was secular in nature to appeal to a wider audience. However, its plays are in the same genre of inspiring stories about heroes, saints and martyrs.

The new company’s first production was “Malcolm and Teresa,” a play Gallagher wrote based on British journalist Malcolm Muggeridge’s conversion, which resulted from his encounters with Mother Teresa.

It received “excellent reviews,” Gallagher told CNA, explaining that it had a six-week run. Some theatergoers returned for a second viewing and others asked that its run be extended.

“A theatre of our own would serve as an oasis in a pretty sordid world. It would enable us to train new playwrights and screenwriters and maybe bring about a Catholic renaissance in the arts,” he said.

Other plays Gallagher has produced include “¡Viva Cristo Rey!” about the Mexican Jesuit martyr Blessed Miguel Pro, as well as a drama based on a priest’s account of a death row inmate’s conversion in 1944 Mississippi. His play “The Pearl of York” depicts the 16th century English martyr St. Margaret C

“Margaret of Castello,” his next production, portrays the life of the young Italian woman who led a life of sanctity in 13th century Florence despite being born blind, lame and a hunchback, and also being abandoned by her parents.

“The theme is obviously pro-life,” Gallagher told CNA. “Every human being has worth and a God-given place in the human family.

The play opens October 8 at the Historic Hoover Theater in San Jose, California, with tickets going on sale October 1.

Pray an Our Father now for the restoration of the Church.