Is the Catholic Media in an Abusive Relationship with Francis similar to that between a Demon and a Possessed Person? 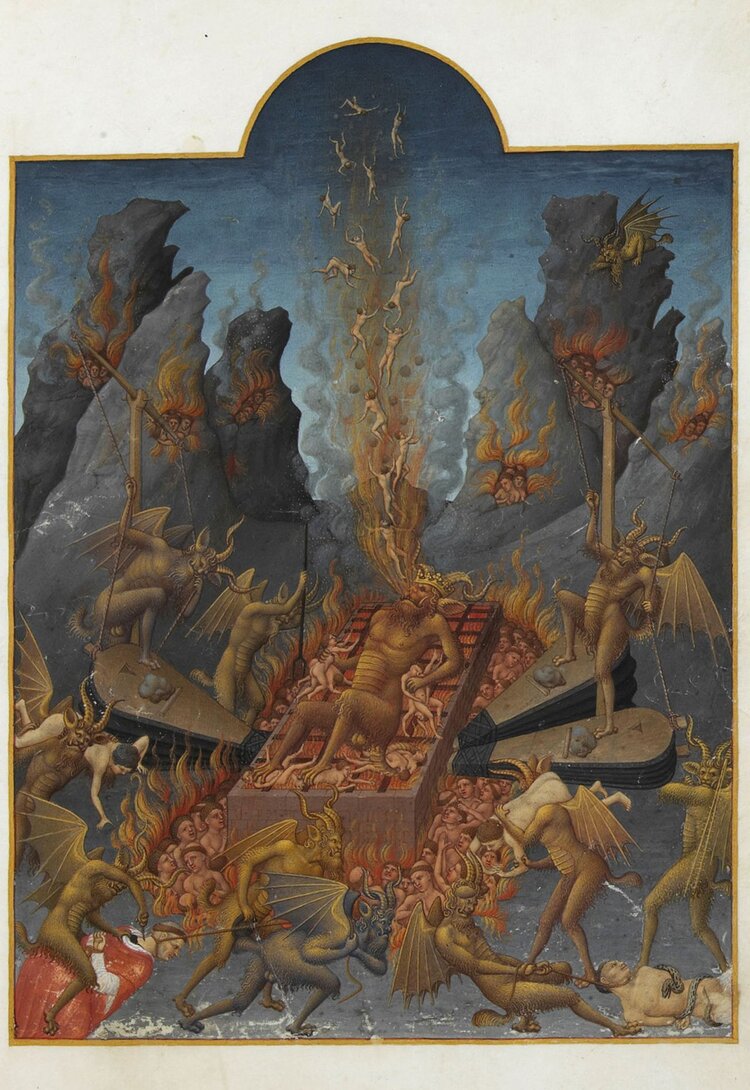 A couple of days ago, I asked "Is there a Catholic Media "Tipping Point" when it "Decide[s]" its "Credibility" will be Lost in Covering-up for Francis like with the Fake Media on Cuomo?" [https://www.thecatholicmonitor.com/2021/08/is-there-catholic-media-tipping-point.html]

The answer appears to be "no"!

Almost all of the Traditionalist and conservative Catholic media as well as those who follow them seem to be in an abusive relationship with Francis similar to the relationship between a demon and a possessed person:

"Exorcist Fr. Chad Ripperger mentioned in a lecture on exorcism that if we wanted to understand the psychology of demons then we ought to study the psychology of abusive relationships because demons establish abusive relationships with their prey. Father explained that demons first begin a relationship with a victim by acting nice and then as time goes on and after they have a person under their thumb then the demon often hits the switch and shows its true evil nature by acting cruelly." [https://virgopotens.org/blog/2020/6/17/mxbqzjjswki787ac9bwcr341edmtos]

All abuse victim who stay in a relationship with an abuser are called enablers.

Next question, what type of enabler might they be?

The literature on narcissist enablers claims there are types of enablers:

"Narcissism does not exist in a vacuum. It can't. Therefore, there are enablers... who support the narcissist... people the narcissist recruits to their side. These people are usually called 'flying monkeys,' but there are other types of enablers, too."

"These are the people who might not agree with or defend the narcissist, but who enable the narcissist... who says things like, 'She's [he's] your mother [pope]'... 'How can you abandon your husband [pope]'... 'I give in to your sister [pope] to keep the peace.'"

"... If one spouse hits the other, and the assaulted spouse does not leave the relationship or call the police, they've taught the batterer that this behavior is acceptable because there have been no consequences."
(Pairedlife.com, "The Narcissist's Enablers," June 17, 2019)

The Catholic media appears to be the second type of enabler as are all Francis traditionalists.

All Francis traditionalists don't agree with Francis on pachamama idolatry, diversity of religions, Communion for adulterers and the betrayal of the Chinese underground Church, but they enable Francis to keep doing these blasphemies against God and battering faithful Catholics.

Moreover, all the Francis traditionalists will never stop defending Francis's "papal right" to keep committing blasphemies against God and battering faithful Catholics black and blue such as his latest attack on the Traditional Latin Mass and his betrayal of the China Catholics because "he's our pope" and "we must keep the peace and not have schism" despite the blasphemies and batterings.

Finally, here is a summary of some of Francis's "continuous aiding and abetting of sexual predators and his officials who protect them" which most of the enabling Catholic media covers up that was presented by Caucus99percent.com on 02/02/2018: