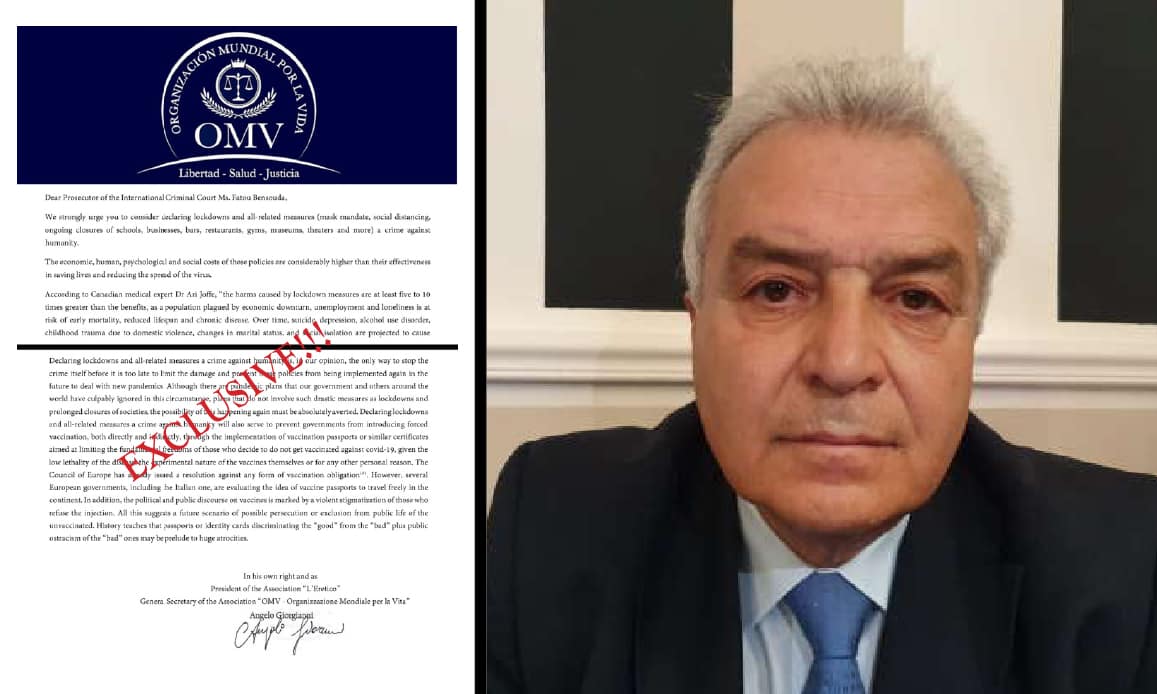 In May, Judge Angelo Italian Giorgianni, who has a Doctorate in Civil jurisprudence, demanded an investigation into the the resignation of Pope Benedict XVI and the validity of Francis's papacy according to the Italian website From Rome:

On May 16, 2021, at Reggio di Calabria, in southern Italy, Dr. Giorgianni during a public political rally, “Reopen Calabria”, made the following remarks, at 23:45:

“But I am every more enraged, against this “pope”, who has folded in front of the earthly order, (against the dictum), “A free state and a free Church, a free Church in a free state”. — No! —  And from this piazza I want to immediately say something:  I  believe that the Church has a need  to give clarity.  I want to know if this pope is a Pope or a Cardinal dressed in white!  I want to know if the Pope Emeritus has abdicated from his functions or whether he is still the true Pope.  Because I want to undeceive myself … Because I want to snap myself out of thinking thinking a true Pope, illuminated, inspired by the Holy Spirit, can turn his gaze away from the sight of the suffering of his people.  Because I want to snap myself out of thinking that in China there is no more persecution of Christians, who cannot enter freely a church, that at the heights of power in the Vatican there is no blindfold over the eyes of our pope.” [https://www.fromrome.info/2021/05/18/may-16-2021-dr-angelo-giorgianni-demands-investigation-into-who-is-the-true-pope/]

Moreover, the Greek news outlet Greek News on Demand reported that the Italian judge in March "consigned a legal action to ICC as General Secretary of World Life Organization" and said the “EU Hard Lockdowns are Crimes against Humanity”:

«Lockdown and all-related measures – the latter if adopted for prolonged and indefinite periods of time, well beyond the health emergency phase, so as to risk distorting the very essence of societies, and this is the case – are a crime against humanity as they constitute the crimes of imprisonment, torture and are acts causing great suffering to mental and physical health (section 7 of the Rome Statute)».

This is one of the most disruptive sentences of the explosive complaint signed by the Italian magistrate Angelo Giorgianni and sent yesterday, Wednesday 24 March, to the Prosecutor of the International Criminal Court (ICC) Ms Fatou Bensouda.

«We strongly urge you to consider declaring lockdowns and all-related measures (mask mandate, social distancing, ongoing closures of schools, businesses, bars, restaurants, gyms, museums, theaters and more) a crime against humanity. The economic, human, psychological and social costs of these policies are considerably higher than their effectiveness in saving lives and reducing the spread of the virus» wrote in the complaint to the Hague Court Dr. Giorgianni, a Sicilian civil judge, as Secretary General of the World Life Organization (OMV in Italian, WLO in English). [http://greeknewsondemand.com/2021/03/28/covid-dont-squander-gains-says-prof-stephen-powis/]

It appears that the judge is an international ally of the lawyer Robert F. Kennedy Jr., "one of the most prominent figures of the global anti-vaccination movement," according to the leftist Reporting Democracy:

Polish anti-vaxxers were already well connected to international networks of like-minded people (Kennedy had already spoken to the Polish parliament in April 2019), but the COVID pandemic has intensified this cooperation.

By the time of his appearance at the Parliamentary Group for the Safety of Vaccinations session in December, Kennedy had been increasingly active in Europe promoting conspiracy theories about the pandemic, including speaking at a notorious demonstration in Berlin on August 29, when a section of the protesters, some bearing flags of a far-right group, attempted to storm the Reichstag. Braun was also present at that demo.

Two months later, Kennedy was using his popular Facebook page to invite people to join what he called the “Global Resistance” – a series of anti-vax protests that took place on October 24 in 15 countries, stretching from Europe to Latin America. In Warsaw, the event was advertised as “March for Freedom” and organised by Socha and Jawornik through STOP NOP, with Braun one of the main speakers. The event was attended not only by Polish anti-vaxxers, but also those from Italy, Spain and the US, who even organised a press conference to mark their presence in the Polish capital.

Angelo Giorgianni, one of the Italian speakers at the press conference, is a magistrate who created the Italian anti-vax group L’Eretico (“The Heretic”). Back in 2000, Giorgianni was reportedly forced to resign as under-secretary of state at the Ministry of Interior over suspicions of collusion with organised crime (he was never prosecuted and denies the allegations).

According to his own social media channels, Giorgianni attended several events in the Polish capital in the last months of 2020. His colleague from L’Eretico, Giulio Tarro, is a virologist who joined Kennedy in speaking at the December parliamentary commission session on the efficacy and safety of the COVID vaccines, which was chaired by Konfederacja’s Braun and his Konfederacja colleague and prominent far-right politician Janusz Korwin-Mikke.

The global nature of these associates – the Italians, Kennedy and others – means local activists often present them as “international experts” in the Polish media. [https://balkaninsight.com/2021/02/03/from-rfk-jr-to-latin-america-polands-anti-vaxxers-find-friends-abroad/]

Giorgianni also joined distinguished international signatories in signing an "appeal, principally written by former apostolic nuncio Archbishop Carlo Viganò" that "express[ed] concern about measures being implemented to stem the coronavirus pandemic, and calling for 'inalienable rights of citizens and their fundamental freedoms' to be respected." [https://www.ncregister.com/blog/cardinals-bishops-sign-appeal-against-coronavirus-restrictions]