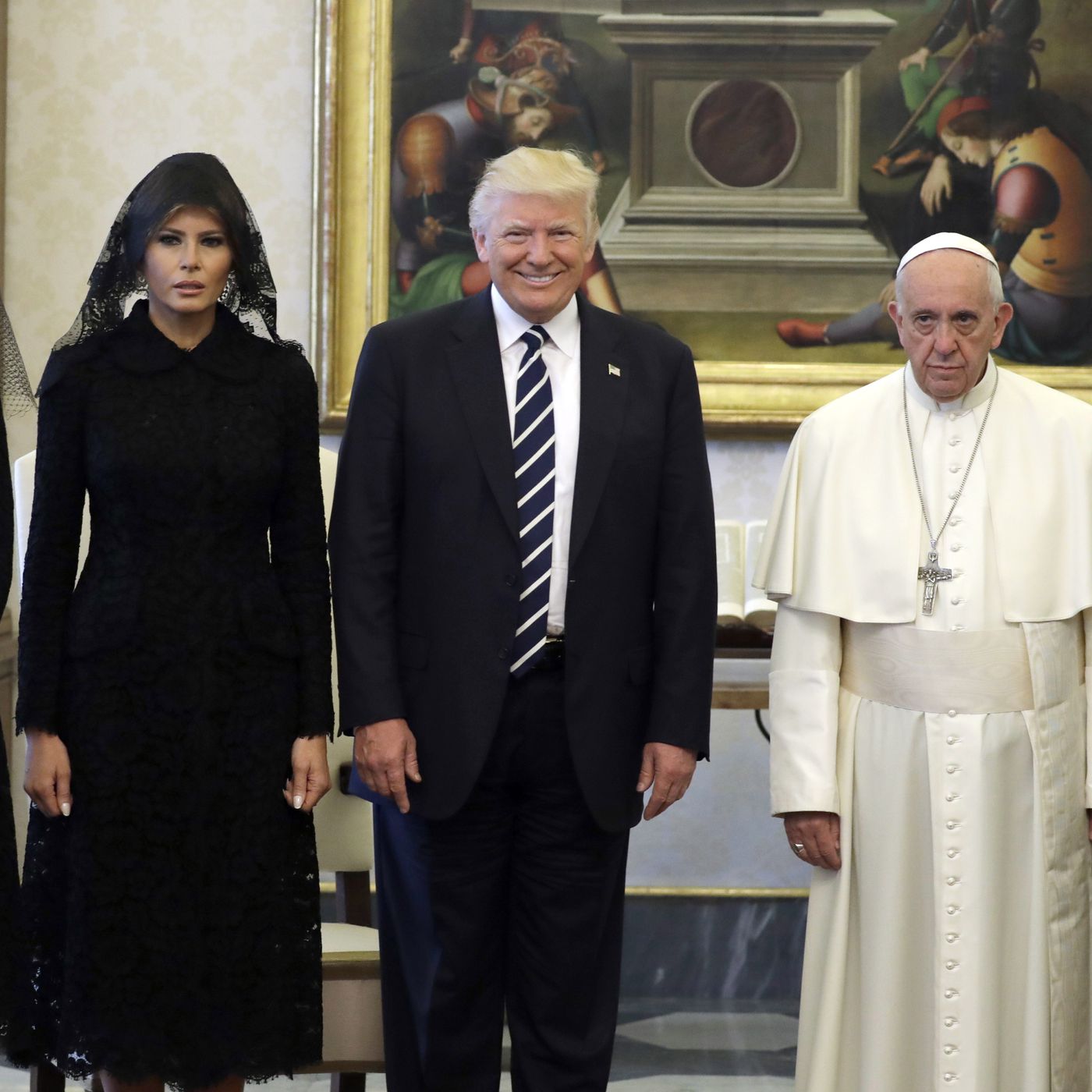 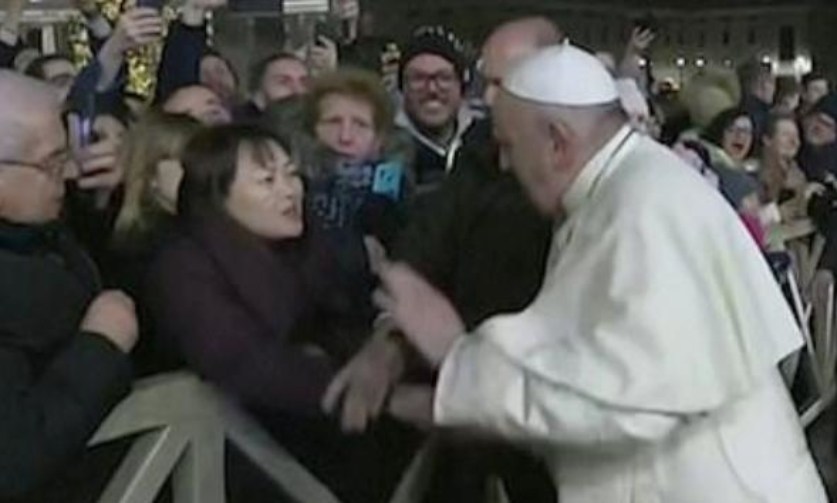 It appears First Lady Melania Trump slaps away Pres. Trump's hand as he reaches to hold it while on tarmac in Israel https://t.co/rWsYlrEJeS — Niraj Warikoo (@nwarikoo) May 22, 2017

After we all recovered from the laughter, another internet gem surfaced of Donald Trump trying the same move during his meeting with Pope Francis.
Trump meets the Pope in Rome.Via @jimmykimmel pic.twitter.com/ALAn4FP8IX — Greg Hogben (@MyDaughtersArmy) May 25, 2017

The hilarious rejection is a spoof from Jimmy Kimmel Live!, but that's okay. Shade Queen Francis can diss Trump just fine on his own.

Pope Francis has look of shame on his face as he takes pictures with Trump #MorningJoe pic.twitter.com/GoNiPXYCp2  [https://www.seventeen.com/celebrity/news/a47545/pope-francis-donald-trump-hand-slap/ ]
January 03, 2020

Am I the only one who thought this?

After I noticed that girly leftist "Catholic" websites like gay activist Fr. James Martin's America, the pro-gay Crux, the National Catholic Reporter which I call the National Gay Reporter and the girly Where Peter Is which I call Where Pachamama Is were the main Catholic defenders of Francis's slapping of a woman's hand this thought came to my mind:

The Chicago Tribune apparently thought so too:

"Girls grow up playing those hand-slapping kinds of games, like `My sister Susie went down to the seashore,' where you hit your friend's hands. It's a bonding thing that helps them be more focused and relaxed. If they're in a good streak and do the same routine, then they feel they're going good."
[https://www.chicagotribune.com/news/ct-xpm-1999-09-10-9909100005-story.html]

It appears even pro-Francis Jimmy Kimmel might have thought so:

Earlier this week, Melania Trump ignited another wave of #SaveMelania when she very publicly rejected POTUS's attempts to hold her hand.

It appears First Lady Melania Trump slaps away Pres. Trump's hand as he reaches to hold it while on tarmac in Israel https://t.co/rWsYlrEJeS — Niraj Warikoo (@nwarikoo) May 22, 2017

After we all recovered from the laughter, another internet gem surfaced of Donald Trump trying the same move during his meeting with Pope Francis.

The hilarious rejection is a spoof from Jimmy Kimmel Live!, but that's okay. Shade Queen Francis can diss Trump just fine on his own.

Pope Francis has look of shame on his face as he takes pictures with Trump #MorningJoe pic.twitter.com/GoNiPXYCp2  [https://www.seventeen.com/celebrity/news/a47545/pope-francis-donald-trump-hand-slap/ ]